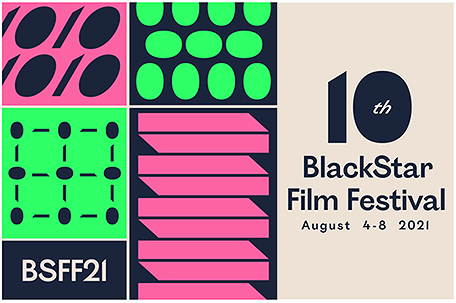 BlackStar Projects, the premier organization celebrating visionary Black, brown, and indigenous film and media artists, is proud to announce that the next edition of their annual festival will take place August 4-8. The festival will be held virtually again in light of the continuing COVID-19 pandemic.

“So much has changed in the past decade –for us as an organization, for the artists we serve, and the field at large,” said BlackStar artistic director & CEO Maori Karmael Holmes. “It’s an honor to be engaged with cultural work at this transformative time and see the impact these creators are making here in the U.S. and around the world.”

This year marks the 10th anniversary of the BlackStar Film Festival, which has seen considerable and continued growth over the past decade, both in the scope and reach of the festival itself and with new and continuing initiatives for the organization year-round. Among these new initiatives are Seen, a print journal of film and visual culture focused on Black, brown, and indigenous communities globally published twice each year; the podcast “Many Lumens,” which finds BlackStar founder Maori Karmael Holmes in dialogue with the most groundbreaking artists, change makers, and cultural workers in the game, and “BlackStar Live!”, a streaming talk show featuring interviews with filmmakers, visual artists, authors, and musicians, not to mention sketch comedy, insightful social critique, musical performances.

Another new initiative includes The William and Louise Greaves Filmmaker Seminar, whose inaugural edition took place virtually from March 19-21. Based on the success of the day-long filmmakers’ symposium at the annual festival, this three-day gathering for artists of color working in cinematic realms featured a keynote address from Ghanaian filmmaker Nuotama Bodomo, a special work-in-progress screening with Adam Khalil & Zack Khalil, a live Director’s Commentary event with Yance Ford along with curated programs of short films, panel discussions involving industry professionals, and much more.

In celebration of this year’s major milestone, BlackStar launched a print portfolio fundraiser, through which supporters can purchase limited-edition prints –a new print is made available each month. Prints are currently on sale by Oscar-nominated “TIME” (BlackStar 2020) fromdirector Garrett Bradley, documentary filmmaker, MacArthur Fellow, founder of the Scribe Video Center in Philadelphia, and “How to Make A Flower: La Méthode MOBO”(BlackStar 2020) from director Louis Massiah, and award-winning, post-disciplinary artist and “Whose Streets?” (BlackStar 2017) from co-director Damon Davis. The organization will continue to release an exclusive, limited edition, 8.5 x 11-inch print on the 15th of each month, featuring artworks by Kevin Jerome Everson, Haile Gerima, Arthur Jafa, Kahlil Joseph, Terence Nance, Michelle Angela Ortiz, Fahamu Pecou, Andrea Pippins, and Cauleen Smith. More information on purchasing options and the print series is available on BlackStar’s website.

Additional information on ticketing, judging, sponsors, programming, and the slate of films that will be featured at this year’s festival will be announced soon. For overall information on BlackStar, including its festival and programs, visit: www.blackstarfest.org.