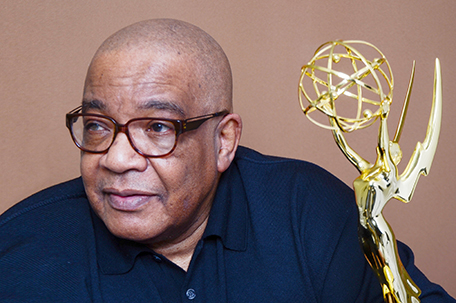 Emmy award winning independent filmmaker, Dante James is pleased to announce the formation of Black Pearl Media Works, LLC (BPMW). The multi-media production company has received partial financing for two projects; a feature length documentary, “God of The Oppressed” and a series of dramatic short films, “In Our Own Words.”

“It has taken many years to marshal my own resources and cultivate a relationship with an investor who understands the importance of resources from black financiers,” James said in discussing the challenges facing Black filmmakers.

“We believe this approach will shield projects grounded in our history and culture from the ‘filters’ that often come with resources from entities outside of our community,” James said. “For many years, I made films for PBS, however as a Black man, independent filmmaker and activist coupled with the challenges Black people face, I’m committed to making the strongest and most creative statements possible in my films. For me, that was not possible with PBS. I’m not criticizing PBS or rejecting resources from outside our community, but artistic and editorial control is a prerequisite. My new projects are representative of my desire to explore humanity through the lens of the Black experience ‘unfiltered’ by the dominate culture.”

“In Our Own Words,” presents a creative chronicle of the African-American experience through short stories by iconic and lesser-known Black writers, some of whom could not get past the publishing “filters” they encountered. The concept for the series is grounded in self-definition paired with concerns regarding the degrading, shallow images of African-Americans that are too prevalent in corporate controlled media. Unfortunately, many of these images are created by black people.

“Now with new means of distribution, liberated Black filmmakers have opportunities to redefine the images of Black people. Too often the view of Black life is demeaning and perverted to the point that it has become the perception of who we are and that perception is literally and figuratively destroying us. More accurate definitions of who we are can be found in our literature,” James said.

Black writers have defined their own world, moving beyond the traditional definitions often imposed on them. The short stories of “In Our Own Words” will be selected by outstanding African-American literature scholars, Maryemma Graham, Ph.D. and Joycelyn Moody, Ph.D. The first film of the series, THE DOLL, based on a short story by Charles W. Chesnutt was completed several years ago. It was awarded best dramatic short at the Hollywood Black Film Festival.

Through the stories of Nat Turner, Bishop Henry McNeil Turner, Rev. Jeremiah Wright, Rev. Traci Blackmon and others, “God of the Oppressed” will explore Black liberation and womanist theology. Stories, characters and gospel music will celebrate and frame a perspective of God within the context of an oppressed people. Prof. James Cone, author of the book, “God of the Oppressed,” will serve as chief academic.