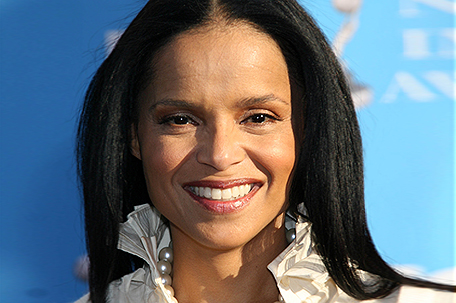 NEW YORK–Former soap opera actress Victoria Rowell has sued CBS and producers, saying they have kept her off the air as retaliation for advocating the casting of more black people.

The 55-year-old Rowell, who’s black, is best known as a star of “The Young and the Restless’’ for 17 years. She played Drucilla Winters, an illiterate thief and prostitute, who, at Rowell’s urging, “transformed herself through an adult literacy program into a positive figure,’’ according to the lawsuit, filed in federal court in Manhattan.

The lawsuit alleges that though more black characters were added to the show over the years, the producers “treated them, including Ms. Rowell, as second-class citizens.’’

Rowell says she clashed with the producers in 2005 over their refusal to let her write and direct episodes of the show. Two years later, she decided to leave the show after the producers created a story line in which her character went insane.

“Ms. Rowell was placed in a straight jacket on camera and dragged to an asylum,’’ the lawsuit says.

In recent years, the actress has sought to persuade the soap opera it should reprise her role based on demand by hardcore fans voiced on social media, the suit says.

“If they were making business decisions not steeped in retaliatory motivations and actions, defendants’ executives would most assuredly have jumped at the opportunity to re-employ Ms. Rowell instead of rebuffing all of her efforts between 2010 and 2014,’’ it says.

The suit asks the court to force the show to rehire Rowell or consider her for a part on the show. It also seeks “reasonable’’ monetary damages and back pay.

The Maine-born Rowell lives in California and is listed in the lawsuit as having “an African-American father and an Anglo-American mother.’’