From ‘Black And British’ Series on BBC, learn about the first Afro-Britain, first recorded British African community and White descendants of Black Georgians 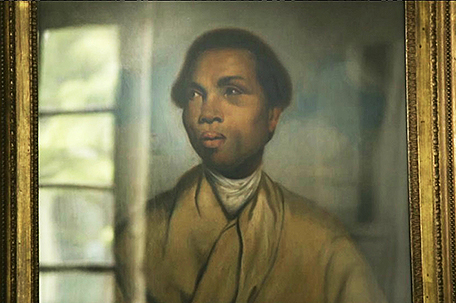 ABOVE PHOTO:  The White Descendants of the Black Georgians  (Photo: BBC)

Currently underway on BBC television is “Black And British,” a season of programming celebrating the achievements of Black people in the UK and exploring the rich culture and history of Black Britain.

Running throughout this month (November 2016) and led by programming on BBC Two and Four, with other content across BBC television, radio and online, the “Black  And British” season features bold, vibrant and provocative stories, overturning preconceptions and challenging orthodoxies. The season also aims to cast a fresh light on UK history, examining the contribution and impact of Black people in the UK, as well as interrogating just what it means to be Black and British today.

Headlining the season is David Olusoga’s four-part documentary series for BBC Two titled “Black And British: A Forgotten History.” The series is a fresh approach to British history and demonstrates the enormous contribution black people have made to shaping our world.

David Olusoga, presenter and historian, says: “I’m very proud to be a part of this landmark BBC season and hope my series, ‘Black And British: A Forgotten History,’ will provide audiences with a very different, challenging and enlightening view of Black British history, a history that I feel is very much part of all of us.”

The four-part documentary series hosted by Olusoga kicked off two days ago, on November 9, with the first episode titled “First Encounters,” which explores the enduring relationship between Britain and people whose origins lie in Africa. From the African Romans who guarded Hadrian’s Wall in the 3rd century AD, to the black trumpeter of the Tudor courts, Olusoga uncovers a history that is as surprising as it is revealing.

The series is only available to UK audiences at this time; although I can only assume a stateside pick-up will eventually happen; maybe Netflix, Amazon, or even PBS which seems like it’ll be a good fit for this kind of content.

In the meantime, audiences all over the world (not just in the UK) can watch three clips from “First Encounters” – on the White descendants of the Black Georgians; the first Afro-Brit; and the first recorded African community in Britain at http://shadowandact.com/2016/11/11/from-black-and-british-series-learn-about-the-first-afro-britain-first-recorded-british-african-community-white-descendants-of-black-georgians-video/

•  The White Descendants of the Black Georgians

David meets Cedric Barber, the descendant of a freed slave. Cedric is living proof of how the Black Georgian population that once numbered thousands, has disappeared from view.

The re-examination of a female skeleton found on the Sussex Downs, reveal her to be a Roman of African heritage and the oldest Black Briton we know of.

1800 years ago, North African troops guarded a Roman fort that once stood in Burgh-by-Sands. The villagers unveil a plaque celebrating their unique place in Black British history.