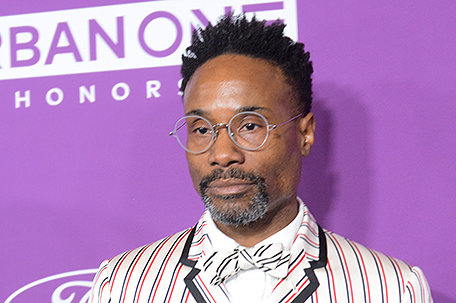 PASADENA, Calif.  — Billy Porter is among the actors who will appear on Jordan Peele’s “The Twilight Zone” anthology series next season.

Porter, who won a best drama actor Emmy last year for “Pose,” will be joined by Daniel Sunjata (“Graceland”) and Ethan Embry (“Grace and Frankie,” “Blindspotting”) in an episode titled “The Who of You.” Story details were not released.

Peele, an Oscar-winner for “Get Out,” has written an episode, “Downtime,” that will star Morena Baccarin (the “Deadpool” franchise), Colman Domingo (“If Beale Street Could Talk”) and Emmy-winning “Veep” star Tony Hale.

Peele is co-creator, executive producer and narrator for the series, described as a “re-imagining” of the original Rod Serling anthology of the same name that aired from 1959-64 on CBS. The new version streams on the CBS All Access platform.

The 10-episode season is set to arrive mid-year, with the date yet to be announced.

Other announcements made by the streaming platform Sunday at a meeting of the Television Critics Association:

Animal rescue stories will be the subject of a documentary series from filmmaker Richard Linklater.

“I come to this project hoping to shine a light on the folks I’ve met who are making a difference every day in the lives of unwanted, abused and disabled animals,” Linklater said in a release announcing the CBS All Access series.

“What strikes me most is the joy and discovery on both sides of the relationship between the animals and their human caregivers,” he said. “These are inspirational stories that I believe will be a positive force in the world.”

Writer-director Linklater’s films include the Oscar-nominated “Boyhood” and “Before Sunset.” The release date and title for his docuseries are yet to be announced.

New versions of “Lassie,” “George of the Jungle” and “Mr. Magoo” will also debut this month on CBS All Access.

The series from DreamWorks Animation’s Classic Media will be available to subscribers starting Jan. 17, the streamer said. They join a children’s programming lineup that includes the new “Danger Mouse” and a library of shows such as “Inspector Gadget” and “The Adventures of Paddington Bear.”