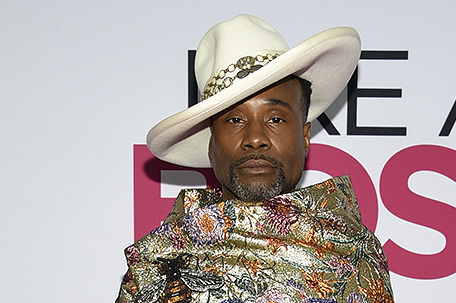 ABOVE PHOTO: Actor Billy Porter attends the world premiere of “Like a Boss” at the SVA Theatre on Tuesday, Jan. 7, 2020, in New York. (Photo by Evan Agostini/Invision/AP)

The broadcast is closed to the public due to the pandemic.

“2020 has been a trying year for the world and I’m thrilled to have Billy and Lucy join me in ushering in a new year with fresh beginnings,” said Seacrest in a statement. “We look forward to making sure it’s a night for everyone to remember.”

Porter made his debut on the program last year, taking over from Hale as co-host in New Orleans and performing several songs.

As with last year, Ciara will once again oversee the Los Angeles festivities.

Last year, Porter became the first openly gay man to win an Emmy Award for best actor in a drama series for his role in “Pose.”

He also has a Grammy and a Tony for his work on the musical “Kinky Boots.”