Bill Nunn, actor/activist in “Do the Right Thing,” dead at 63 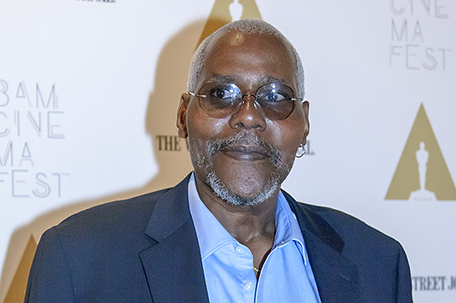 ABOVE PHOTO:  Actor Bill Nunn attends the 25th anniversary screening of ‘Do The Right Thing’ at the closing night of the 2014 BAMcinemaFest at BAM Harvey Theater in the Brooklyn, NY.  Nunn died last weekend after a long battle with cancer.  He was 63.  (Sam Aronov / Shutterstock.com)

NEW YORK — Bill Nunn, a veteran character actor whose credits ranged from the “Spider-Man” movie franchise to such Spike Lee films as “Do the Right Thing” and “He Got Game,” has died.

His wife, Donna, said Nunn died last Saturday at his home in Pittsburgh. He was 63 and had been battling cancer.

A longtime Pittsburgh resident and graduate of Morehouse College, Lee’s alma mater, Nunn broke through in movies in the late 1980s, first in Lee’s “School Daze,” then in the Oscar-nominated “Do the Right Thing,” as the ill-fated Radio Raheem, who dies when choked by police during a street brawl in Brooklyn.

“Radio Raheem will always be fighting da powers dat be. May God watch over Bill Nunn.”

Nunn, who stood well over 6 feet tall, went on to appear in dozens of films and TV programs, including “New Jack City,” Sam Raimi’s “Spider-Man” trilogy and “Sirens.”

Born William Goldwyn “Bill” Nunn III, on October 20, 1952, the veteran actor of stage and screen (film and TV), passed away peacefully with his family by his side, yesterday, Saturday, September 24, 2016, after a courageous multiple-year battle with cancer.

Nunn was the son of a prominent Pittsburgh Steelers scout, also named Bill Nunn, and befriended future Steelers president Art Rooney II while both worked as ballboys for the NFL team. They would long savor a youthful prank, stealing the car of star defensive tackle “Mean” Joe Greene.

“Joe showed up in a beautiful, green Lincoln Continental,” Rooney explained last year. “Me and Bill Nunn were ballboys and somehow Bill got the keys one night and we decided to take it for a ride.

“We only told Joe that story about 10 years ago. We figured enough time had passed that we could disclose the little joyride.”

With around 60 screen credits on his resume, Mr. Nunn, at a commanding 6’4 tall, was also a presence on stage, with an extensive career in theatre that he launched while at Morehouse College in the mid-1970s, where he accidentally discovered acting, after tagging along with an actor friend to an audition for a play, and jumped at the opportunity to be an “extra body” as requested by the director. It wasn’t long after that he would fall in love with the craft, and over the years that followed, appeared in some of theatre’s classics, on- and off-Broadway, like August Wilson’s “Fences”, and Lorraine Hansbury’s “A Raisin in the Sun”, performing with the best, including Audra McDonald, Viola Davis and Phylicia Rashad, to name a few.

One of his lesser-known achievements, he founded the Bill Nunn Theatre Outreach Project in 2008, with the goal being to create a platform for under-served public school students in the Pittsburgh area, to gain access to theatre arts, and work with seasoned professionals within the field.

“A big thing for him was that he really wanted to help young people; it was a passion for him, and it was a vocation for him,” said John Amplas (a Point Park University professor who worked with Mr. Nunn). “And that’s how he spent those last years of his life, he spent it working with kids, working with young people. It was his mission to be of service to others. I think that’s the most important thing about Bill is he cared for others and in a way that helped change their lives, helped to make lives better.”

Since its founding, the Bill Nunn Theatre Outreach Project has served over 2,000 Pittsburgh youth from elementary to college level, and presents the annual Pittsburgh Regional August Wilson Monologue Competition, in partnership with Tony award winning Broadway and film director Kenny Leon’s True Colors Theatre Company. Students from Pittsburgh High Schools are prepped and coached for the regional competition. The top finalists from each city (the competition is now held regionally in Pittsburgh, New York, Atlanta, Seattle, Chicago, Boston, Los Angeles, Greensboro, Dallas and Portland) travel to New York City for the national competition at the August Wilson Theatre on Broadway.

The August Wilson Monologue Competition is one of the core components of the Bill Nunn Theatre Outreach Project. In the competition, high school students perform monologues from August Wilson’s 10-play Century Cycle – a singular achievement in American theater that chronicles the 20th Century African American experience. And finalists are awarded scholarships to Point Park University in Pittsburgh, of $10,000, $15,000 and $20,000.

“He pretty much compared August Wilson to Shakespeare,” said Demeatria Boccella, managing director of the theatre outreach project. “Bill just held August Wilson in high regard and thought he was a brilliant playwright, and knew that these kids would be able to relate to his work, to his writing.”

Three years ago, filmmaker Gregory Scott Williams spent time with Nunn and his Outreach Project in Pittsburgh, where he captured a glimpse into the amazing work that’s being done there, and produced a short documentary film with the footage.

In the filmmaker’s own words, speaking about his experience with Nunn while assembling the film: “Expectation. Dedication. Responsibility. When I learned that Bill Nunn was willing to participate in the ‘Game Changers Project,’ I expected to revisit the past: memories of Radio Raheem resurfaced. After seeing ‘School Daze’ in 1988, there was no question that I was going to Morehouse; and after seeing ‘Do the Right Thing’ in 1989, my dedication to making films was absolute. So as I planned to meet with Bill, I was certain that ‘Radio Raheem’ and Bill’s work with Spike Lee would serve as the foundation of the piece we were doing together. I felt a responsibility to share how the work Bill has been involved with has impacted my life. The first day of shooting changed my perspective. As I observed Bill working with Pittsburgh teenagers during a coaching session at the August Wilson Center, it was clear that the expectations being fulfilled were those Bill held for his students; he expected them to find themselves in the work of August Wilson. Contrary to my initial thoughts, profiling the Bill Nunn Theatre Outreach Program was not an opportunity to pay homage to Bill’s iconic portrayal of Radio Raheem. Instead, the shoot was a refreshing glimpse at the transformative nature of art. I witnessed how ‘at risk’ teenagers embraced ambitious expectations of themselves; discovered the power of dedication to a goal; and accepted the responsibility of knowing and preserving the legacy of August Wilson. While I was unable to squeeze ‘Radio Raheem’ into this piece, I certainly hope that I have communicated why Bill Nunn is important to me and why he matters to the kids he continues to influence through his work.”

An affecting end to this very brief peek into the life of an artist and activist who many will likely and affectionately remember most as ‘Radio Raheem’– a character for whom hate would eventually be “K.O.’d by love” – an actionable call that’s of maybe even more worth today.

Information from Tambay Obenson of Shadow and Act contributed to this article.