Bill Duke Explains It All 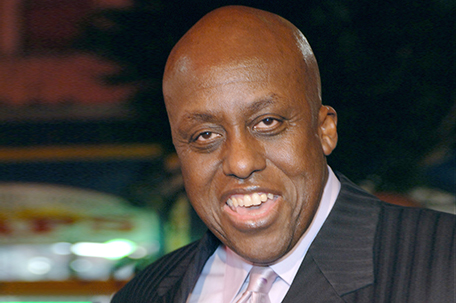 Actor/director/writer Bill Duke talks about his life both in and out of the spotlight in his new autobiography, “Bill Duke: My 40-Year Career On Screen and Behind The Camera”.

When I connected with actor/director/writer Bill Duke for our interview about his career and his new autobiography, “Bill Duke: My 40-Year Career On Screen and Behind The Camera,” I asked him how he was.

And it’s because of those blessings that Duke has decided to share his story of how he went from being a young man in Poughkeepsie, New York who was bitten by the acting bug in high school, to a member of the entertainment community who is using his knowledge to help the next generation.

Duke has been a ubiquitous presence in the entertainment business for some time. He’s appeared in a variety of movies, including “Predator,” “American Gigolo,” and the 70s classic, “Car Wash.” He’s also directed such films as “Deep Cover,” “Hoodlum,” “A Rage In Harlem,” “Sister Act 2: Back In The Habit” and the documentaries, “Dark Girls” and “Light Girls.” He’s also directed episodes of the television shows “Dallas,” “Miami Vice” and “Cagney and Lacey.”

In this interview with the SUN, Duke talks about his life, how he got into acting, the impact that some of his work — most notably, “Dark Girls” and “Light Girls” — has had on some of the conversations that Blacks still have with each other and how one becomes a character on “Black Lightning.”

SUN: Thank you for giving me some of your time, Mr. Duke. I understand that your autobiography was released in November. What made you decide to write the book now?

BD: I’m 76 now, and I’ve always wanted to give back. I wanted to be able to give back based on what I’ve been through. I have a foundation that teaches kids media literacy and financial literacy. Hopefully, my experiences are something that these kids can use now.

SUN: What got you interested in acting and how did you get started?

BD: I was born in Poughkeepsie, New York, a town along the Hudson River. It was a great place to be born and raised, because while there was a lot of poverty, we were also taught to be survivors. I took a speech and drama class at Duchess Community College. Every year, they put on a play and one year, I got the lead. Sometimes, something hits you and you feel like it’s something that’s right for you. I really enjoyed it, but back then there weren’t a whole lot of Black actors. There was Sidney Poitier, and a few others, but not many. But my parents laughed at me, so I took pre-med classes. But it wasn’t for me.

I was very shy, and I had dyslexia, so reading wasn’t easy. I used to write in a journal, so since the thing was to go to college and be a teacher. So I decided to take English and went to Boston University on a Martin Luther King scholarship. I took a class in Chaucer, but I didn’t pass it, so I was told about a drama class taught by Lloyd Richards, who was the head of the drama department. He became my mentor, and I went with him to New York, where I joined the Negro Ensemble Company. I was in a play by Melvin Van Peebles called “Ain’t Supposed To Die A Natural Death.” I also did some Gilbert Moses plays and some off-Broadway stuff. I was also writing my own plays.

SUN: It would seem that it would take a lot of effort to do the things you do. What do you see as the most challenging?

BD: The hardest thing is creating great stories. You have to understand character and story arch and how to connect with an audience. It’s a craft. Once you get connected to it…it’s something you can’t describe. I’ve been fortunate to find things that I believe in, so writing became a passion. From poetry to playwriting, things have to make sense and be impactful.

SUN: One of the things you’ve produced that is still something we talk about among my circle of friends are the documentaries, “Dark Girls” and “Light Girls.” What inspired you to do these documentaries?

BD: My sister is dark complected. What I saw my sister go through as a young girl, how men tried to treat her because she was dark, was my inspiration. The women in my life told me stories. Sometimes, we can be our own worst enemies. When I was doing the interviews for the documentary, I interviewed a beautiful Black woman in her mid-40s from my hometown about how she relates to being a dark woman in America and she told me that until recently, she had never ridden in the passenger’s seat of a man’s car. She said that when men took her out, she had to drive like she was an assistant. She would laugh it off. It was similar to the young boy that said he’d never date a dark skinned woman because she doesn’t look good on his arm.

I also interviewed a light skinned lady who said that she was afraid to go to the bathroom in high school because the dark skinned girls would throw her to the ground and pull her hair out by the roots. They’d say, “You think you look so good because you have this good hair!” Women do some interesting things to each other.

SUN: Were you surprised by the reactions that the documentaries received?

BD: We’ve screened this film all over the world and there have been some amazing reactions. Women stood up and wept and said thank you for the book and the film. These women had held these things in their entire lives, but they were ashamed to speak about it. No one gave them the voice. So they appreciated it and it was emotionally powerful.

SUN: How did it make you feel to know that you had produced something that had that kind of impact?

BD: I really felt good about it.

SUN: Now tell me a little bit about the Bill Duke Foundation.

BD: We teach the kids everything from television, to movies to apps. We also teach them how to tell a story that’s relevant to them. We also teach them financial literacy, because we’re always taught how to spend money, but not how to use money in things like stocks, bonds, and credit. Sometimes, people make money and go bankrupt because they don’t know how to use it. I’ve been doing it for eight years and we recently had a graduation. It was wonderful and it was so rewarding.

SUN: How did you connect to “Black Lightning”? Do you have to audition for stuff, or do people just call you up and say “Hey, Bill Duke, we’d like you to do this”?

BD: I don’t audition much. These days, people look at my reel. Al Scott [the casting director for “Black Lightning”] is a friend of mine. He thought that I was right for the role and invited me to do it.

I love the show! What I like about it is that it shows a holistic Black family that just happens to be superheroes. It’s a mother, a father and two daughters and they have family issues. It’s a nuclear family of superheroes and that’s why I love it.

SUN: Where can people find “Bill Duke: My 40-Year Career On Screen and Behind The Camera”?

BD: You can find it on Amazon and it’s in all of the bookstores. We’re also going to have book signings in different part of the country. I would love to do a signing in Philadelphia.

SUN: Thank you so much for your time, Mr. Duke.