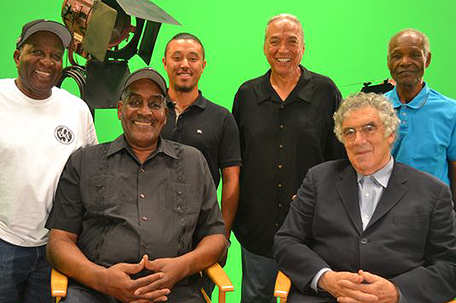 A Deadline magazine exclusive announced Bill Cosby has been cut from an upcoming documentary about black stuntmen. The film, Painted Down, explores the age-old practice of applying blackface to white stuntmen so they can double for black actors. The Black Stuntmen’s Association has also removed a tribute to Cosby from its website.

“Cosby is no longer attached to the project,” said the film’s producer, Nonie Robinson. “We were the last project standing behind him, but now with Whoopi (Goldberg) and CAA pulling the plug, we must also disassociate and cut all ties with Cosby. It’s the right thing to do in light of the recent court deposition being made public.”

Back in November, when the controversy was in its early stages, Robinson told Deadline that Cosby’s interview would not be cut from Painted Down.

Cosby, who has been accused of drugging and raping dozens of women decades ago, was dropped by CAA late last year, long before revelations surfaced in a deposition in which he admitted to having obtained Quaaludes with the intent of giving them to young women he wanted to have sex with. “The View” co-host Goldberg, who had been standing behind Cosby’s innocence until proven guilty and also appears in Painted Down, last week changed her tune, saying that “all of the information that’s out there kind of points to guilt.” In his interview for the documentary, Cosby described his chagrin as he watched dark black makeup being applied to a white stuntman so that he could double for Cosby on the 1960s TV series “I Spy.” “The day of the shooting, I showed up for that scene to see it,” he said in the interview. “I had no knowledge that there are no black stuntmen. I went over, and there was this white stuntman. … I looked at him and the lady is putting black – not a deep brown — she’s putting black around this guy, eyes, and everything. So I’m … staring at this, and then they pulled his sleeve up and they put the black stuff all over his hands and all, and that too looked kind of funny. It was just black. Black, black, black — black on the neck. Then they pulled out this wig. Looks like they scalped a sheep and dyed it.”

Cosby objected, and the next day a black stuntman was hired to double for him. It was the first time a star ever had spoken out against the practice, and it helped launch the Black Stuntmen’s Association and the careers of many black stuntmen and women.

“He did a hell of a lot for black stuntmen,” said BSA president Willie Smith, who reluctantly had a lengthy tribute to Cosby removed from the organization’s website recently. “If it hadn’t been for Cosby, I don’t think there would have been a Black Stuntmen’s Association. It’s not that we’re turning our backs on him, but the controversy is getting too much to deal with.”

The tribute had been on the website for years – long before Cosby became toxic. “Bill Cosby has been on television for so long, usually in rather silly sitcoms or commercials for Jello, it’s easy to forget that he used to be funny – and hip,” the tribute stated.

Founded in 1967 and honored with an NAACP Image Award for integrating the stunt industry, the BSA has decided, however, not to sanitize Cosby’s history with the organization. “Bill Cosby was the first established actor to break the glass ceiling by hiring black stuntmen for black actors when he starred on the television series I Spy,” its website still states. “This one act changed the common practice of using ‘paint down,’ forever changing the landscape of the motion picture and television industry.”