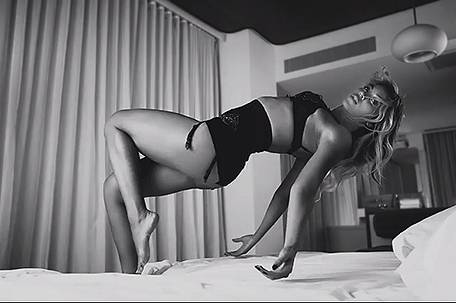 Beyonce’s self-titled album was released early Friday morning exclusively on iTunes unbeknownst to the public. Apple said Monday that the album sold 617,213 in its U.S. iTunes Store. It sold 828,773 internationally.

“You have to be innovative. The Internet has changed the game. You’ve got to look at how to address the fact that most artists’ albums leak before their release plans,” said Lee Ann Callahan-Longo, the general manager of Beyonce’s production company Parkwood Entertainment, who released the album alongside Columbia Records.

Beyonce surprised fans with the release of the album, which features 14 songs and 17 videos, and social media website exploded with mentions of the singer and her new music. In three hours, it sold 80,000 units, and the build-up continued over the weekend.

“It really wasn’t about making a hit record or chasing what sounds like today’s music for singles,” explained Callahan-Longo, who has worked with Beyonce for seven years.

“Beyonce” features collaborations with Jay Z, Drake, Frank Ocean and Justin Timberlake, who co-wrote two songs. The album is being sold by iTunes exclusively for a week at $15.99. It will be sold in retailers and others websites this week.

“It wasn’t easy and we were really careful,” Callahan-Longo said of keeping the album a secret. “It started with a very small core group of people and only grew when necessary in order to make something happen. It got a little dicey there and concerning as we got closer and closer as the circle had to widen.”

“Beyonce” broke the first-week digital sales record for an album in the United States. It also marks the singer’s best first-week numbers. It will debut at No. 1 on Billboard’s Top 200 albums chart this week.

Callahan-Longo said the Jay Z-featured “Drunk In Love” and “XO,” co-produced by Ryan Tedder, will be launched as singles. She said Beyonce came up with the idea to launch a “visual album.”

“She said to me one day, `I really want to do a visual album. I want to do all the videos and I want to put them out.’ I looked at her and I said, `Whoa, wow, oh my God,’” she recalled. “We all said to her, `Wow, you’re crazy, but OK, let’s think about that.’ And we really kind of sat down and figured out how could this actually happen.”

Beyonce’s father denies stealing from her