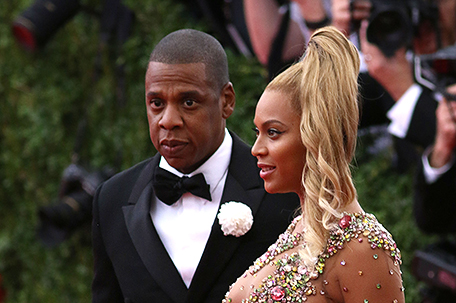 The music-streaming service brings exclusive show to Brooklyn on October 20.

Dust off your piggy banks, call grandma, get those extra hours in at your second job, because the greatest concert on Earth has just been announced, and it’s coming to Brooklyn.

The music-streaming conglomerate Tidal is rolling out its powerhouse roster of A-List stakeholders to bring you the exclusive TIDAL X: 1020 concert event that you absolutely cannot miss. Already on the show, which will feature 20-plus performers, has a bill that includes Beyoncé, Jay Z, Nicki Minaj, Usher, Prince, Lil Wayne, T.I., Fabolous and impressive line up of Tidal rising acts like Alessia Cara, Justine Sky, Bas and Benjamin Booker.

So, how can you get a ticket? Well, if you signed up for the streaming service like Tidal front man Hov said, you can get your tickets today at 12 p.m. If not, you’ll have to wait until general admission tickets are available this Friday, October 2 at 12PM. Tickets for the mega concert are only $74 to $244 for the different levels. Being in the house for this will not only be a good time, but you’ll be doing a good deed.

Why, you ask? Because it’s for charity, of course. All proceeds from TIDAL X: 1020 event will be going to the New World Foundation on behalf of Tidal. The NWF works hard at “advancing positive community relations and effecting systemic change for the development and sustainability of just societies.” Hov and friends also plan to match 100 percent of all net gross proceeds that come from the pre-sale.

If you can’t make it to the historic concert, don’t fret. As with everything Tidal related, you can stream the concert online exclusively on Tidal.com

So if you’re lucky enough to get in on the pre-sale action go here or we’ll see you in line at the American Express Box Office at Barclays Center on Friday, October 2 at 12PM.