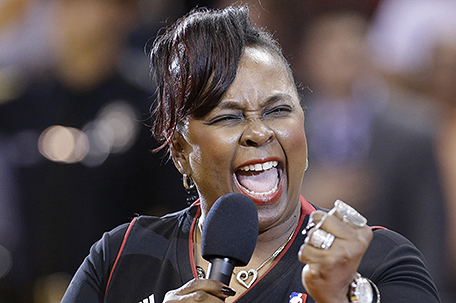 Betty Wright has passed away at the age of 66. The 70s music icon invested her vocals into R&B and soul.

Wright’s niece first confirmed the news on Sunday morning; Billboard reported that the cause of death was cancer.

Playing a major role in the music industry, Wright’s most popular songs included “No Pain, (No Gain)” and “Tonight Is the Night.” Her 1972 single — “Clean Up Woman”– would be memorialized when it was sampled for Mary J. Blige’s remix of “Real Love,” going down in hip-hop/soul history.

Wright’s classic hit “Where Is the Love?” was crowned Best R&B Song during the 1976 Grammys, she was later named the Rhythm and Blues Foundation Pioneer for Individual Artists in 2000.

Her riff from “Clean Up Woman” has created a life-long legacy as the cut has been sampled by other artists including SWV, Sublime, Willie D, Afrika Bambaattaa, and Chance the Rapper.

Her first hit, “Girls Can’t Do What Guys Do,” was later sampled for Beyonce’s “Upgrade U.”