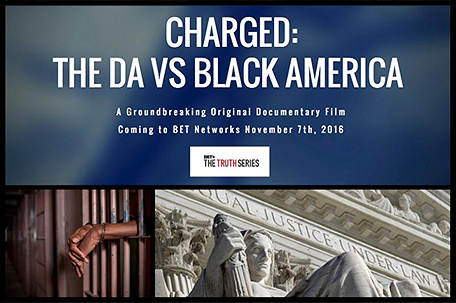 New York, NY– BET Networks continues its award-winning “Truth Series” programming with the premiere of the compelling documentary, “Charged: The DA vs. Black America,” which will air Tuesday, November 7, at 9:00pm EST. #Charged is BET’s battle cry for all registered voters on election day to pay close attention to the men and women on the ballot for district attorney in their local community. 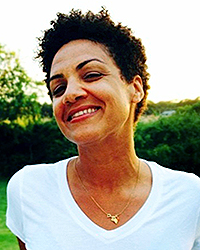 Produced by NBC News senior producer, Emmy nominee Shoshana Guy, and narrated by Tarik “Black Thought” Trotter of the legendary hip hop band The Roots, #Charged is an alarming wake up call regarding the absolute power of the district attorney. With an in-depth and unprecedented look into the DA’s impact on individuals and families across the country, the documentary exposes how these elected prosecutors have contributed to the mass incarceration of Black men.Today, there are more African American men in prison, on parole or on probation than were enslaved in 1850.

The documentary features an exclusive interview with Baltimore State’s Attorney Marilyn Mosby, one of the few Black female prosecutors in the entire country who garnered notoriety for charging six white police officers in the death of 25-year-old Freddie Gray. “I had a number of death threats, hate mail, obituaries describing the way I would die, the way my husband would die,” says Mosby.

There are over 2,300 prosecutors in the country, 95 percent of who are white. And it is the prosecutor and the prosecutor alone who decides what charges to bring, and what the plea bargain will be. All of these negotiations happen behind closed doors.

The film asks the question of every African American voter today: Do you know who your local district attorney is?