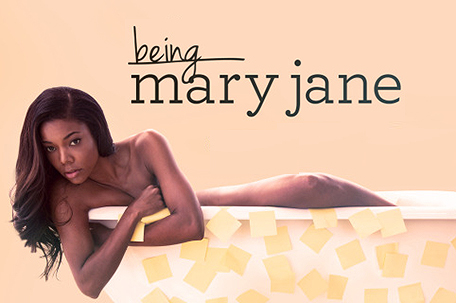 Our last update on Gabrielle Union’s $3 million lawsuit filed against BET for “breach of contract” regarding salary increases and the filming of “Being Mary Jane,” was almost 2 months ago, when actors union SAG-AFTRA announced that it had gotten involved on behalf of not just Union, but the entire “Being Mary Jane” cast, accusing BET and series producer Breakdown Productions of violating their contract with the union, with regarding the hit show.

Since then, the network and its star have continued to plug the upcoming season with the release of a couple of teasers, some images and social media announcements, leading us to believe that both sides had reached a settlement or were close enough to one that they felt comfortable the new season would premiere as scheduled without any delays.

Skip ahead to this morning to an announcement BET made on the matter, stating that Union’s lawsuit had been settled: “BET Networks is pleased to announce that they have reached an amicable agreement with Gabrielle Union and look forward to sharing the new season of ‘Being Mary Jane’ with its loyal fans beginning January 10, 2017,” the statement provided to Deadline reads; although specifics weren’t shared. But we can now at least say with certainty that the show will go on without any hindrances.

It was in October when Gabrielle Union filed the multi-million-dollar lawsuit against the cable TV network (and series producer Breakdown Productions) in Los Angeles County Superior Court today, citing “negligent misrepresentati Union is due for a raise for every additional season the show airs, the suit said. Union is set to receive $150,000 per episode for season four and $165,000 per episode for season five. Union’s attorney Martin Singer claimed the network was essentially combining the 4th and 5th seasons of the series into one shoot, in order to avoid paying his client’s contractual raise (from $150K to $165K), and, in doing so, fraudulently extends its option to keep her tied to the network for an extended year (I assume, should they want a 6th season of “Being Mary Jane”).

A day after the suit became public, BET issued a statement in response to the actress’ allegations, stating the following: “While we hold Gabrielle Union in the highest esteem, we feel strongly that we are contractually well within our rights and are committed to reaching a swift and positive resolution in this matter.”

About 3 weeks after BET released its statement, actors union SAG-AFTRA got involved on behalf of not just Union, but the entire “Being Mary Jane” cast, accusing BET and series producer Breakdown Productions of violating their contract with the union, with regards to the hit show.

Releasing its own statement, after first sending a grievance letter to BET, SAG-AFTRA, unsatisfied with the network’s response, decided to move forward with arbitration with BET and Breakdown Productions, concerning the series. Their official statement read: “Regarding the series ‘Being Mary Jane,’ BET and Breakdown Productions continue to abuse the option pickup process and mask which season they are shooting in order to avoid paying contractually agreed upon raises. As a result, SAG-AFTRA is moving to arbitration on behalf of the entire cast.”

As I previously suggested, the program is one of BET’s few original scripted drama series, and one that’s been a big success for them, with a loyal fan base; so it would be in the best interest of all parties to ensure that it isn’t interrupted. And with today’s announcement, it looks like all is now settled.

At the end of the series’ last season, creator and showrunner Mara Brock Akil (and director Salim Akil) left the network and set up shop at Warner Bros. TV studios, where they currently have a deal, with two potential series in development. They were replaced by Will Packer (to executive produce), and “The Good Wife” co-executive producer Erica Shelton Kodish (to serve as showrunner and executive produce as well) for the series’ upcoming fourth season.

We have an official synopsis for the new season which also includes bits and pieces of information on what roles some of the new cast will play: In season four, when Kara (Lisa Vidal) helps her land a gig as correspondent on “Great Day USA,” a national morning news show in New York City, Mary Jane Paul makes the move to achieve her lifetime career goal of becoming a national lead anchor. At “Great Day,” Mary Jane meets her idol, veteran lead anchor Ronda Sales (Valarie Pettiford), and realizes that working closely with your heroes isn’t all it’s cracked up to be. Things are further complicated when her old nemesis, Justin Talbot (Michael Ealy), appears as a new producer. Along with the new job and city, Mary Jane resolves to start fresh in every way possible, including her love life. She quickly falls for Lee Truitt (Chiké Okonkwo), a successful stand-up comedian from the UK who tests Mary Jane’s preconceived notions about what (or who) she needs in her life. Back in Atlanta, the Pattersons deal with the fallout from Niecy’s (Raven Goodwin) run-in with the police. With Mary Jane in New York, they grow closer as they realize their new roles within the family and do what they can to step up to the plate for one another.