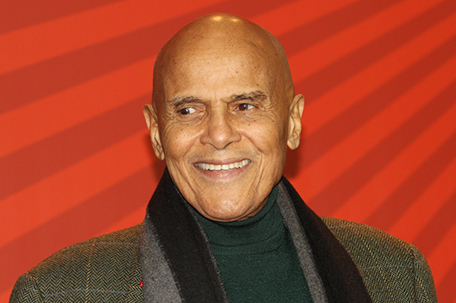 NEW YORK — Being named a “Library Lion” by the New York Public Library was one of Harry Belafonte’s easier awards.

“I was pleasantly surprised when I learned about this,” the activist and entertainer said Monday night during the library’s annual gala in celebration of “exceptional men and women” in the arts and general culture. “I was trying to think of what I was going to say in my speech, and was happy to hear that I didn’t have to say anything.”

Belafonte was one of five people honored during the dinner ceremony under the 52-foot ceilings of the library’s historic reading room, with the others cited including “Wolf Hall” author Hilary Mantel, columnist-speechwriter Peggy Noonan, “Brooklyn” novelist Colm Toibin and author-translator Javier Marias. Among other attendees were Tom Wolfe, Joyce Carol Oates, Salman Rushdie and Henry Louis Gates.

Books were the official topic at the gala, where previous award recipients have ranged from Edward Albee to Elie Wiesel, but private conversations inevitably turned to Tuesday’s election. Rushdie, a longtime resident of England, voted in his first U.S. presidential election and expressed amazement at a race as surreal as any of his novels. Belafonte, like Rushdie and so many other guests, is no supporter of President Elect Donald Trump but did say that he had forced the country to “pull back the curtains” and examine itself more closely.

“It is all fixable,” Belafonte said of the campaign and its impact. “We have been given an excellent opportunity to have a dialogue.”