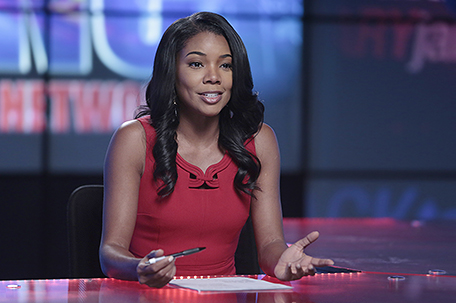 Loretta Devine and Jill Scott have both joined the series as guest stars for the season.

Devine will play a character named Cecilia, a bookstore owner whose car was hit by Mary Jane’s vehicle in the final moments of the season 2 finale. And Scott will play Jackie, Niecy’s (Raven Goodwin’s) mother.

Season 3 of the series will pick up immediately after last season’s finale: a newly promoted Mary Jane learns the truth about the relationship between Lisa (Latarsha Rose) and her ex David (Stephen Bishop), just after she broke up with Sheldon (Gary Dourdan).

An injured Mary Jane will be “sidelined at work when a beautiful young Latina anchor, Marisol, shines as her replacement, while she is out on medical leave,” says BET. Mary Jane then embarks on a “life cleanse” that makes her rethink her career path and personal life, as “tragedy in the family will throw her world into chaos once more.”