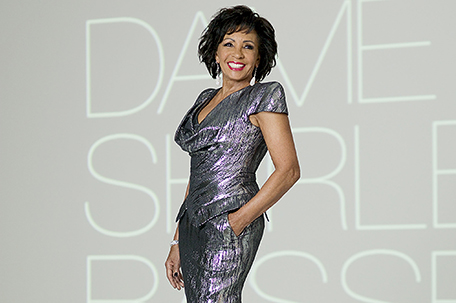 In January 2017, Dame Shirley Bassey reaches her milestone 80th birthday. In celebration of her phenomenal career, BBC One invites viewers to join Dame Shirley for a special night of entertainment from the global icon.

The television event will be hosted by her great friend and one of her biggest fans, comedian David Walliams.

The one-off special, to be broadcast at Christmas ahead of her 80th birthday, will feature a lavish mix of entertainment, comedy, surprises and of course live music, with the Dame thrilling viewers as she performs some of her biggest and best-loved classics backed by a live studio orchestra.

In addition, host Walliams will interview Dame Shirley in a candid walk through her career, from little known stories, to highlights from her incredible music career to date. He will talk to her about how the little girl from Tiger Bay grew up to became one of the most celebrated and iconic voices of the past sixty years. Thanks to hard graft and her spectacular talent, she went from a teenager singing in rowdy working men’s clubs to signing her first artist contract at age 16, to breaking in America before the Beatles and performing for royalty.

Dame Shirley Bassey says: “I’m excited to be recording a TV special alongside David Walliams and the BBC. This will mark two very special milestones for me – an occasion not to miss! We just need to work out how to fit a 60 year career into 60 minutes!”

David Walliams says: “As a lifelong fan of Dame Shirley, I am thrilled to be making a television special with her. It really is a dream come true. Whenever Dame Shirley and I are together we laugh a great deal, so I am hoping this will be a hugely entertaining show.”

Charlotte Moore, Director of BBC Content says: “What a fantastic treat for our audience to be in the company of global icon Dame Shirley Bassey with lifelong fan David Walliams in a BBC One Christmas special.”

Kate Phillips, Controller, Entertainment Commissioning says: “Dame Shirley’s first BBC television special aired in 1970 and we’re thrilled to welcome her again for a truly fabulous night. With amazing stories, performances and a few surprises, the whole family is in for a treat with David and the Dame.”

The celebration is produced by King Bert Productions for BBC One. The executive producers are Jo Sargent and Lisa Clark; the producers are Steve Lappin and Madeline Addy and the director is Steve Smith.