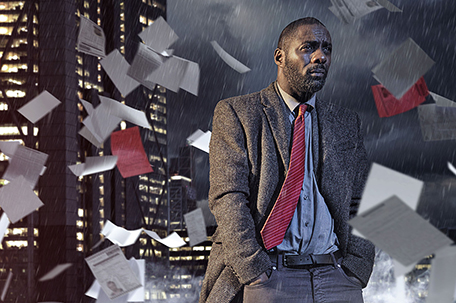 It was just yesterday when Fox announced that the TV network is developing an American version of the hit BBC detective drama series “Luther,” which Idris Elba starred in. Creator Neil Cross will work with Fox on the USA adaptation, with the network already giving it a pilot order, although it won’t star Elba. He will executive produce, however.

Today brings news, courtesy of a press release from BBC AMERICA that says, despite Elba previously sharing that he wouldn’t want to return for another season of the series, “Luther” will indeed be returning to the BBC, with a two part special, scheduled to premiere next year.

The press release states that Elba will of course reprise his role as DCI John Luther, the brilliant, if tortured murder detective.

When asked about the much anticipated return of the hugely popular show, show creator Cross said: “Ever since we said goodbye to John Luther on Southwark Bridge, there’s hardly been a minute when I didn’t wonder what happened next. So I decided to find out.  We’re putting the band back together; Luther is coming back where he belongs. Back to the BBC. Back to London. And back to work.”

The special will pick up the story from the thrilling conclusion to the last (third) season. It showed Luther and the narcissistic killer and obsessive Alice (Ruth Wilson) strolling across Southwark Bridge together, after another action-packed adventure which saw the death of Luther’s partner and best friend, Justin Ripley (Warren Brown).

So there you have it folks – “Luther” will return in 2015, in a two part event special (each episode an hour long), and will film in and around London in March, 2015, and will premiere later next year on BBC AMERICA.

No ETA on the American remake, although, assuming Fox likes what it sees in the pilot that’s being developed, I’d look for a 2015/2016 TV season debut for the series, which might coincide with when the BBC AMERICA twopart special return of the Idris Elba original version, airs.

Elba and show creator, Cross, have both been adamant about their plans to bring “Luther” to the big screen. I can only assume that this push on both sides of the pond in 2015, may be a lead-in into the feature, which might be a 2016/2017 endeavor. Or, it could very well be that this two part special, each episode an hour long, for a total of two hours, could very well be the feature film that was previously announced, which would suggest that there might not be a big screen version of “Luther” any time soon, if at all.

BBC America’s ‘Luther’ will return over four nights in September