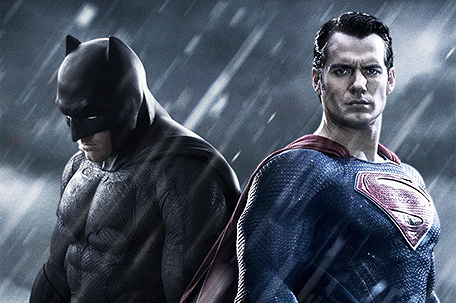 Let’s face it, Christian Bale’s Batman was going to be a hard act for any actor to follow, especially Ben Affleck who had already proved underwhelming as a superhero when he played Daredevil back in 2003. And the departure from the franchise of Chris Nolan, the legendary director of the critically-acclaimed Dark Knight trilogy, only served to lower expectations even further.

Thus, it’s no surprise that Batman v Superman: Dawn of Justice would indeed prove to be a bitter disappointment. The picture was directed by Zack Snyder who also helmed the 2013 reboot of Superman, called Man of Steel.

The first problem with this terribly-flawed, second offering in the DC Extended Universe series rests in its interminable 2-and-1/2 hour running time that could have easily been trimmed down to less than 90 minutes. For example, why bother revisit the backstory about what inspired Bruce Wayne to become Batman, when the murder of his parents had previously been addressed in numerous other episodes?

The second issue with the production has to do with Batman and Superman’s (Henry Cavill) being cast as adversaries for the bulk of the film. Yes, the source of the tension between the two is adequately explained, but the audience nevertheless grows increasingly impatient since we’d much rather see our beloved heroes quickly resolve their differences in favor of joining forces to fight a real villain.

After all, there is an eminently detestable adversary waiting in the wings in the person of the diabolical Lex Luthor (Jesse Eisenberg). Too bad this tortoise-paced blockbuster takes forever to arrive at that epic showdown. Instead, we’re forced to endure the meaningless machinations of a convoluted adventure less concerned with coherency than with atmospherics, action and special f/x.

Besides those superficial bells and whistles, director Snyder exhibits an annoying fondness for support characters with nothing much to do, from Clark Kent’s colleague Jimmy Olsen (Michael Cassidy), to his boss Perry White (Laurence Fishburne), to Bruce Wayne’s butler Alfred (Jeremy Irons). The film also features a plethora of cameo appearances by celebrities Neil deGrasse Tyson, Anderson Cooper, Brooke Baldwin, Soledad O’Brien, Nancy Grace and Dana Bash who merely distract from rather than advance the plot.

More enjoyable are the relatively-purposeful roles played by Lois Lane (Amy Adams) and Wonder Woman (Gal Gadot). But by the time the long-awaited battle royal with Luthor and his henchman Doomsday (Robin Atkin Downes) finally rolls around, you’re so tired of peeking at your watch that you just want it over and done with as fast as possible. Make it stop!

A classic case of moviemaking excess resulting in a patience-testing blockbuster adding up to way less than the sum of its parts.

Rated PG-13 for intense violence, pervasive action and some sensuality

To see a trailer for Batman v Superman: Dawn of Justice, visit: https://www.youtube.com/watch?v=0WWzgGyAH6Y