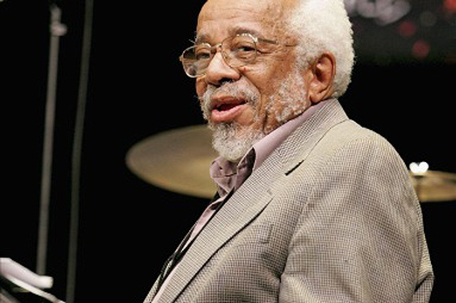 The Philadelphia Clef Club of Jazz & Performing Arts is proud to announce that the one of the great bebop pianists and NEA jazz master Barry Harris will pay a rare visit to Philadelphia to present a Master Class at the Blue Note Hall on Saturday October 13.  This program, which  is part of the Clef Club’s 2019 Preservation Jazz Series, will take place from 12-7pm and will comprise three sessions for piano, vocals, and improvisation.

Barry Harris is part of the generation of great Detroit jazz pianists such as Hank Jones, Tommy Flanagan, Hugh Lawson, and Sir Roland Hanna who came of age during the golden era of beop and who had a heavy influence on the evolution of modern jazz.  Growing up in Detroit, Harris learned about his instrument from his mother, who was a church pianist. He was also influenced by fellow pianists Thelonious Monk and Bill Evans.  Harris was  in demand as a pianist by the numerous musicians who came to the Motor City such as Miles Davis, Sonny Stitt and Gene Ammons. He also played with drummer Max Roach during the 50’s.

After moving to New York in the early 60’s, Harris quickly became a first-call pianist for both gigs and studio dates, performing with such giants of the music as Dexter Gordon, Yusef Lateef, and Cannonball Adderley, as well as a four-year stint with the great Coleman Hawkins.  A prolific studio musician, Harris played piano on hundreds of recordings including the Lee Morgan classic “The Sidewinder.”

He also was a housemate of Thelonious Monk at the residence of Baroness Pannonica de Koenigswarter during the 70s. In 1982,  Harris started concentrating on jazz education, and was part of the collective which created the historic Jazz Cultural Workshop As a result of his groundbreaking work as an educator, Harris has provided his guidance and wisdom to four generations of jazz musicians.

The Barry Harris Master Class will be held at  the Philadelphia Clef Club of Jazz at 736-738 South Broad Street, on Saturday, October 13, 2018. The master Cclass is open to the Public.  Admission for this program is $10, and is free for students with proper ID.  For ticket information please call Carla Washington, Community Engagement Manager, at (215) 893-9912. Attendees should also RSVP at [email protected]