Barkhad Abdi and the financial reality of Hollywood 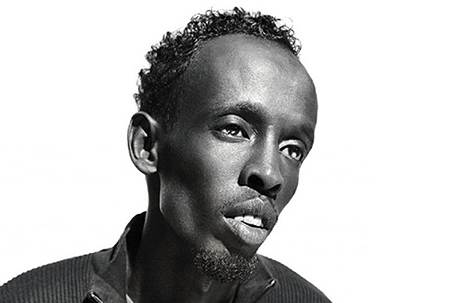 If you think the Oscar Nominated and BAFTA Award winning actor Barkhad Abdi is rolling in dough, think again.

Something that always irks me is when I hear black people talking about how some black actor or actress in some movie, is supposedly making “big money”. The reality is that, most times, unless they are a bona fide “A”-lister, or a steadily working character actor, they’re not.

In fact, in a lot of cases, they’re just barely getting by. And add to that, other financial obligations that drain their earnings, such as agent’s or manager’s percentage fees, PR, wardrobe and makeup people, the costs of continually maintaining an image etc. A lot of actors are lucky to have anything left, after all is said and done.

Which is why I wasn’t surprised when I came across a New Yorker article revealing that Abdi, who shot to fame after his first film role in Captain Phillips, is dead broke.

I’m sure some of you are saying: How can that be? That was a major, expensive, studio production that was a worldwide box office smash. Well, the reality is that, despite the film’s $55 million budget, Abdi was paid only $65,000, which is about average for what a first time actor is paid for a major role in a film.

Of course, Tom Hanks and director Paul Greengrass got paid a lot more, but even they took pay cuts to get the film made.

Also, keep in mind that the film was made almost a year and half ago, and Abdi has yet to get another role film since then. Of course, Tambay did report a few days ago that Abdi is currently in talks to play the lead role in another film in development. But production hasn’t started yet, and things could fall apart, as is the case with most film projects; And admittedly, it’s going to be hard for him to find roles.

After filming the movie, Abdi went back home to Minneapolis to work in his brother’s mobile phone store, but when the film came out, he decided to take a chance, quit his job and move to Los Angeles to pursue a career as an actor.

But it hasn’t been easy so far. According to the New Yorker:

“When Abdi is in Los Angeles to promote the film, he subsists on a per diem, good at the Beverly Hilton, where the studio likes to put him up. The town car is available only for official publicity events. His clothes are loaners. Recently Abdi requested that he be allowed to stay at a commuter hotel near LAX to be closer to his friend, a Somali cabdriver from Minneapolis, who shuttles him around for free.”

In the past, sometimes, when a studio is embarrassed by negative public relations like this, especially when it comes to money, it tries to correct things. So it’s very possible that Sony Pictures will give Abdi a huge financial bonus in reaction to the “New Yorker” article, which would be fair and very well deserved.

But the reality is, as I have said often on this site, the entertainment industry is a cutthroat business that takes no prisoners. Abdi’s story is, sadly, just one of many similar stories.