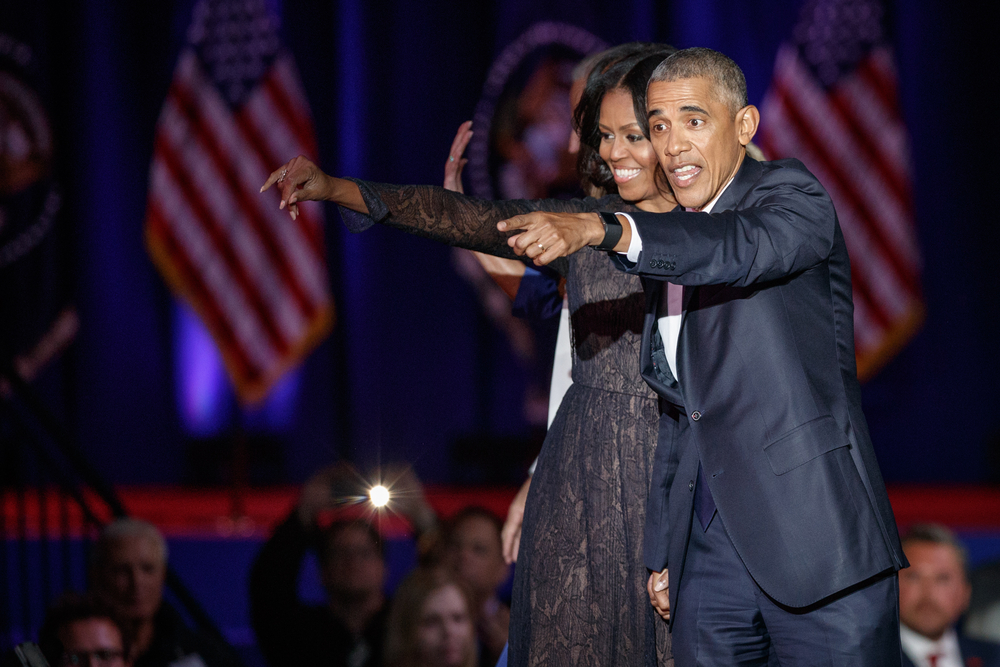 The former United States president is expected to appear on “The Michelle Obama Podcast” on Spotify, the Obama’s Higher Ground and streaming service announced Friday. The podcast will debut Wednesday.

In the premiere episode, the former first lady and her husband will hold an intimate conversation about community, the love that powers relationships and life after living eight years in the White House.

“For eight years my life was full of crazy schedules, juggling big initiatives, speeches, state dinners,” Michelle Obama says in the first episode’s intro. “Not to mention trying to raise two daughters and keeping my head above water. But once Barack’s second term ended, the presidency was over and finally had some time to breathe.”

Michelle Obama’s new podcast expects to hold candid and personal conversations focusing on a variety of topics concerning women’s health, marriage and the benefits of mentorship. The nine-episode series will include several guests such as talk-show host Conan O’Brien and Valerie Jarrett, business woman and former senior advisor to Barack Obama.

“I don’t want this podcast to be prescriptive… or present anyone’s ideas as truth,” she says in the episode. “I just want it to feel like we’re sitting together on a park bench or in the booth of a restaurant with the jukebox playing. And most importantly, I hope this podcast sparks ideas and topics that all you listeners can open up with in your own circles.”

Her podcast is the first title in the ongoing collaboration between Spotify and Higher Ground, a production company founded by Barack and Michelle Obama. Last year, the duo partnered with Spotify to produce exclusive podcasts for the platform.

Obama released her Netflix documentary “Becoming” in May. The project was an extension of her 2018 best-selling memoir of the same name and a kind of authorized filmic portrait of Obama.

Last year, she embarked on a rock-star-style tour of more than 30 cities to promote her book.