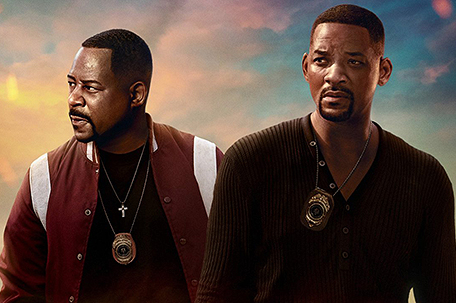 “Bad Boys Bad Boys what you gonna do? What you gonna do when they come for you?” The theme song for the “Bad Boys” blockbuster film franchise brings with it the perfect dose of nostalgia for fans of the 1995 film and 2003 sequel.

The film begins with a monumental moment in Marcus’ life. That moment leads him to question whether it’s time to pack up his badge and retire. At the same time, Mike is being forced to reflect on the way he’s lived his life and whether it’s time for a change. True to form, Mike Lowry is completely against the idea of Marcus retiring. He reminds Marcus of their mantra… “bad boys for life”.

After a joyous celebration with fellow police officers, tragedy strikes in the form of two powerful enemies hell bent to revenge. The result is pure chaos as all parties impacted question what will happen next. With the help of the Miami police department’s new team AMMO, the duo decide that they will come together again for one last job.

The pace of “Bad Boys for Life” is one that will leave audiences entertained from start to finish. All of the elements work together to create an extremely well-made film. Audiences can expect to see the undeniable chemistry between Lawrence and Smith that fans have enjoyed over the last 25 years.

There is no shortage of action, car chases and gun fights… but this film also has a tremendous amount of heart. The love and mutual respect that the Mike and Marcus have for one another, is a direct reflection of Lawrence and Smith’s real-life friendship and it’s palpable. There are moments that will move audiences to tears, there are moments that will make viewers reminisce about the original and sequel within the “Bad Boys” franchise and there are quite a few surprises.

Last but certainly not least, “Bad Boys for Life” brings the funny! The one-liners are placed perfectly throughout the film, and the laughs are non-stop. Martin Lawrence’s ability to be both hilarious and endearing simultaneously stole the show.

One Day, Two Productions: Playwright Derrell Lawrence Brings ‘Life Isn’t Fair’ and ‘I Love You To Death’ To Philadelphia