Back to spreading love 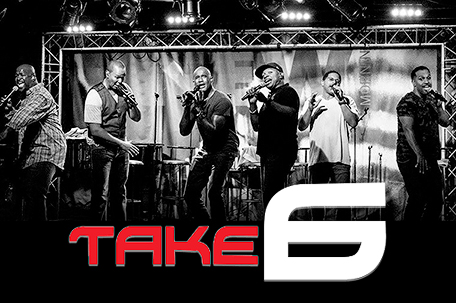 As he prepares to come to the Bristol Riverside Theater next Friday, Khristian Dentley and the other members of Take 6 are excited about sharing their music.

While a lot of businesses took a big hit due to the COVID-19 pandemic, one of the industries hit the hardest was the entertainment industry.

Musical tours and Broadway shows were cancelled due to gathering restrictions. Local festivals like the Roots Picnic, Odunde and Welcome America went virtual. The kind of movies that would normally get people flocking to theaters either had their premieres pushed back, aired on streaming services, or played before smaller audiences.

But now that millions of Americans have been vaccinated and theaters of all kinds are reopening, artists like acapella group Take 6 are heading back on the road, ready to entertain you.

“We’re the most excited about performing in front of fans again,” he said. “COVID-19 impacted a lot of sectors, but for the entertainment industry, it was a double whammy because while the fans need the musicians, the musicians also need the fans. We missed the fan response.”

Take 6 — Dentley, tenors Claude McKnight, Mark and Joel Kibble, and bass Alvin Chea — will begin its 2021 tour as the opening act of the William Penn Bank Summer Music Festival at the Bristol Riverside Theater. The group will perform at BRT’s new outdoor amphitheater located at 2501 Bath Road in Bristol Township next Friday and Saturday night.

The Grammy-award winning group will perform songs from all of their albums including their eponymous 1988 debut, “Take 6” to their most recent album, 2018’s “ICONIC.”

Dentley became a member of Take 6 in 2000 when original member Cedric Dent left the group. Mark Tribble had become a mentor to him after meeting him at a Fred Hammond concert in Fort Lauderdale, Florida, he said.

How he met the group is an example of what can happen when you’re somewhere unexpected, and you go with the flow.

“I went to where the concert was being held wearing a Fred Hammond shirt and the people at the venue thought that I was with him,” he said. “They brought me in, and I was helping set up sound equipment. Later, I was about to take one of Fred Hammond’s people back to the hotel when Take 6 walked in.”

While the show will be a socially distanced one, and there won’t be the usual autograph sessions that the group usually has, those who make the trip to the Bristol Riverside Theater can expect a night of great entertainment, Dentley said.

Tickets for Take 6 at the Bristol Riverside Theater on June 11 and June 12 are $55 and can be purchased on the theater’s website, www.brtstage.org. Both the Friday and Saturday night shows start at 8p.m., all seats are general admission, and social distancing is required. Lawn chairs and blankets will be available for purchase on-site, but you are encouraged to bring your own. For more information, call 215-785-0100.