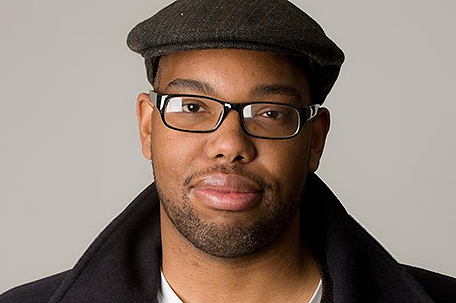 Ta-Nehisi Coates, renowned author of the New York Times bestseller ‘Between The World And Me’, as well as a number of thought-provoking pieces from The Atlantic that explore the Black experience, has teamed up with Marvel to pen a new Black Panther comic book series.

Marvel made the announcement on Tuesday, just days after the 39-year-old was named a National Book Award nominee. Axel Alonso, editor-in-chief of Marvel, says Coates is the perfect choice because of his love for the brand and extensive knowledge of the comic world.

“The Marvel Universe is at its best when it reflects the world outside your window — and that world looks different in 2015 than it did in 1963,” Alonso told HuffPost in an earlier interview.

Coates will tell the story of the first Black superhero, T’Challa, in A Nation Under Our Feet. The title was inspired by Steven Hahn’s novel on the African-American rise from slavery to create an embryonic Black nation. The superhero will experience an uprising in his fictional African nation of Wakanda against superhuman terrorists called The People.

The author says he’s prepared to take on the position and won’t cater to his “12-year-old self.” Instead, he plans to take the character to another world, adding more depth to his persona.

This writing assignment was not about “trying to please 12-year-old me,” he said. Another inspiration, he added, is the work of Jonathan Hickman on “Secret Wars” and “the depth he’s able to get from characters.”

“You don’t come in off the board and come in at that level,” he said of Mr. Hickman’s work. “But it helps to want it to be great. I want to make a great comic. I really, really do.”

Hip-hop influence won’t be too far behind. The cover, drawn by Brian Stelfreeze, pays homage to Jay Z’s The Black Album.

Marvel’s big haul to revamp some of its major characters has been celebrated and often debated by critics. “Moon Boy” is now a Black teenage girl, Thor is a woman, the new Spiderman is African-American and Puerto Rican, and actor Michael B. Jordan played The Human Torch in the latest Fantastic Four film.

Chadwick Boseman, the talented actor who played Black icons Jackie Robinson and James Brown, will take on the role of the Black Panther on the big screen next year.