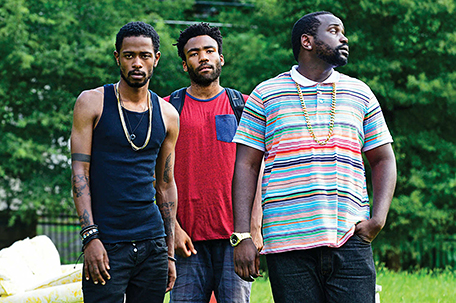 ABOVE PHOTO:  Cast of “Atlanta.”

FX has renewed the acclaimed new comedy series “Atlanta” and “Better Things,” it was announced today by Nick Grad and Eric Schrier, Presidents of Original Programming, FX Networks and FX Productions. The network has ordered 10 episodes for the second seasons of each show.

Grad and Schrier stated, “It’s really gratifying to launch two new comedies that have received overwhelming critical acclaim right out of the gate and that are emblematic of FX’s award-winning brand. It is clear to us that “Atlanta” and “Better Things” have struck a nerve with viewers, which is a credit to Donald Glover’s vision for Atlanta and Pamela Adlon’s vision for “Better Things”. They, along with their spectacular casts, writers and directors, have created exceptional shows that we are incredibly proud to produce.”

“Atlanta” and “Better Things” each return with new episodes this week:

In Atlanta, two cousins work through the Atlanta music scene in order to better their lives and the lives of their families. Earn Marks (Donald Glover) is a young manager trying to get his cousin’s career off the ground. Alfred Miles (Brian Tyree Henry) is a new hot rapper trying to understand the line between real life and street life. Darius (Lakeith Stanfield) is Alfred’s right-hand man and visionary. Van (Zazie Beetz) is Earn’s best friend and the mother of Earn’s daughter. Glover serves as executive producer, along with Paul Simms and Dianne McGunigle of MGMT Entertainment.

“Atlanta” is produced by FX Productions.

“Atlanta” scored the most-watched basic cable primetime– scripted comedy premiere in over three years in the key 18-49 demographic. It has since pulled off the rare feat of building on its premiere audience in virtually all key demos and ranking as the most-watched telecast of a new comedy series in adults demo 18-49 since April 2014. On a Live+3 basis, episode 3 (Tuesday, September 13, 10-10:35 PM) increased +23% (1.3 million vs. 1.1 million) over Episode 2 among adults 18-49 and increased +16% (1.9 million vs. 1.6 million) among total viewers.