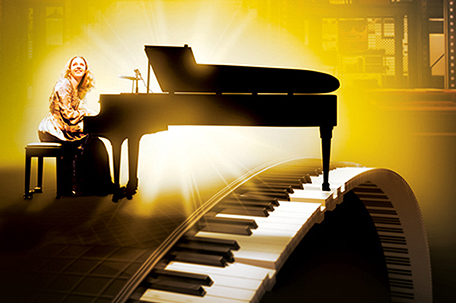 After penning the classics, “Natural Woman,” “So Far Away,” “It’s Too Late,” and “I Feel the Earth Move,” Carole King has rightfully earned that title of living legend. King’s music has spanned decades, crossed genres, and now her music takes on yet another medium.  After celebrating its 200th show nationally, “Beautiful: The Carole King Musical,” takes center stage at The Academy of Music. 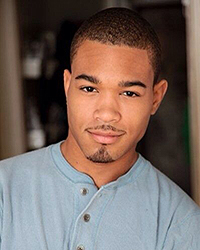 The cast of “Beautiful: The Carole King Musical” much like King’s discography, is reflective of her musical reach.  Philadelphia native, Paris Nix, joins the production as a member of the ensemble.

Nix found his calling in musical theater, after exploring his many other musical talents.  He described the moment when he knew that his career would be on the stage.

“I always knew I wanted to be a performer,” he said, “I had been playing the violin for 15 years. I thought I was going to go into that profession, as a violinist. But right after I did my first musical ‘Joseph and the Technicolor Dreamcoat,’ I fell in love with it.”

After graduating from American Musical Dramatic Academy, Nix soon found himself performing at Broadway’s Rising Stars showcase in Times Square, which helped him land an agent. Soon after performing in a number of local theatrical productions, Nix was cast as a Drifter and ensemble cast member in “Beautiful: The Carole King Musical.” The experience was both an honor and a learning process.

“I was familiar with Carole King’s work prior to the show, but I didn’t know I was. She’s written thousands and thousands of songs for a lot of artists. She is a very prolific songwriter who everyone knows, but not everyone knows that they know,” said Nix noting King’s hit songs such as “Natural Woman” and “It’s Too Late.”

“I play a Drifter, one of the groups Carol wrote for. We sing “On Broadway”, “Up on the Roof” and “Some Kind of Wonderful,”  said Nix.

We kind of get the backstory of how those songs came about, why she wrote those songs, and why she gave them to The Drifters,” he continued.

King’s music has enriched the lives of many and will continue to do so.

“Carole King’s music is a part of her life and it’s part of the soundtrack to everyone’s life who knows her music. These songs meant so much to these people because of the lyrics and the melody, and because of the songwriting of Carole King.”

Beautiful: The Carole King Musical is at The Academy of Music at The Kimmel Center through April 3. For tickets go to www.kimmelcenter.org.