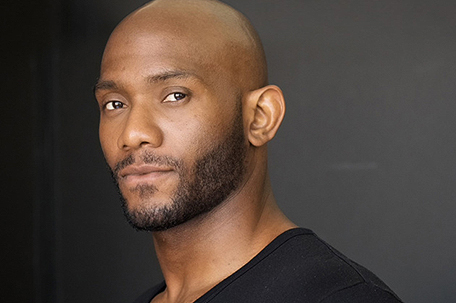 Michael Jackson is arguably the greatest entertainer of all time. Dubbed the “King of Pop,” his global reach is unmatched with a career that spanned over four decades. The Guinness World Records recognizes Jackson as the “Most Successful Entertainer of All Time,” with over 400 million records sold worldwide, 13 #1 records, two inductions into the Rock Hall of Fame, an induction to the Songwriters Hall of Fame, 15 Grammys and countless other awards.

The world lost Michael Jackson in 2009 but continues to uphold and celebrate his legacy. One of the ways that legacy continues to be honored is in “MJ the Musical.”

Originally slated to premiere on Broadway in 2020, “MJ the Musical” made its debut on December 6, 2021. With direction and choreography by Christopher Wheeldon and a book by Lynn Nottage, the show takes audiences through the journey of MJ preparing for his 1992 “Dangerous World” tour and features 25 of his biggest hits.

Singer, songwriter, dancer and rock performer Apollo Levine stars as both Quincy Jones and Tito Jackson in the production. Levine spoke with the SUN about his joy in portraying two living legends and the journey that led him to be in this production.

Originally from Abbeville, Louisiana and raised in South Bend, Indiana, Levine’s love for performance began in church as the child of a preacher. His road to becoming a Broadway star, however, was anything but ordinary.

“I always knew I wanted to be a recording artist, I didn’t really necessarily know about the acting, but I knew I could do it,” said Levine. “During my last year of college, my financial aid ran out [during] my last semester. I didn’t feel like I could go back home — there was nothing for me in South Bend. So, I got on the internet and looked up auditions near me. I auditioned for this show called “Smokey Joe’s Café” in Raleigh, North Carolina. I booked it and it just started rocking and rolling from there.”

Levine lived in North Carolina for eight years and then set his sights on Los Angeles. Before leaving, he stopped to see some of his songwriting friends in Atlanta. That stop eventually led to an offer for him to become part of a songwriting team and later that transitioned into a career in artist development. While doing a production of “Hair,” Levine was asked by the choreographer if he was interested in a production in Beijing, China.

“He told me they need a lead guy, but they can’t find a guy in their culture to play the role,” he recalled. “They [said that they] need him to be Broadway, but dance like Usher. In a week, I was on a first-class flight to Bejing and I spent a year of my life there.”

After returning stateside, and with a little push from his brother who lived in New York, Levine decided to take a leap of faith and moved to The Big Apple as well. His initial attempt didn’t go as planned. After two years in New York, he moved to LA where he took a two-year hiatus from acting. Upon returning to New York, he landed the role of a lifetime in another ironic twist of fate.

“I told my manager I didn’t want to do any more theater, and the first thing she sends me in for is this production called “Don’t Stop Til You Get Enough” that’s supposed to be going to Broadway about MJ,” Levine said. “But you learn not to burn bridges, so I went to the audition and here we are a couple of years later, back in New York on Broadway.”

A production of this magnitude requires complete dedication from its performers. Levine shared his experience thus far.

“I get to be on stage eight shows a week, which can be taxing and tiring, but honestly, you have the music of MJ come on, and the arrangements that our music directors Chris and David have put together have been insane!” he said.“So, you take Michael and you put him into this theater world, with these creative people that want nothing more than to elevate it even more and then this cast is full of superheroes.”

In addition to the physical commitment, intricate arrangements and complex choreography, Levine also has the challenge of playing dual roles.

“The Quincy/Tito journey — I was more nervous at different times with both,” Levine said. “You’re talking about Black music royalty with the Jacksons. Sometimes it’s just the five of us up there and you don’t want to mess that up. Then you have Quincy Jones. You’re talking about this living legend who has created so many careers, he’s broken so many firsts… from Academy Awards to heading up the band for Frank Sinatra — it’s incredible.”

With a show this vigorous, Levine is still trying to find a work-life balance. The blessings, however, far outweigh the challenges.

“One of the biggest blessings is that some of the people that I’ve looked up to most in my career, I’m now getting to meet and now they’re my colleagues,” he said. “The other part of that is seeing this generation behind me that come up to me and say ‘you’re so inspiring’ or they DM me and say ‘I so loved you in the show… now I feel like I can do this or I see myself doing it because I saw you on the stage.’”

“What can audiences expect? You’re not getting a show of impersonators –you’re getting a show where the performers pay homage,” Levine said. “All of us have done our research enough that we just try to bring the essence and embody what the script says and who these people are and bring that to the table instead of trying to get the voice dead on. I think because they’ve allowed us to do that [bring the essence instead of impersonating] it goes over a lot more.”

“Hopefully, the audience will take away some more insight and more of the personal, but also an appreciation for what this man did,” Levine continued. “He gave so much of himself that he kind of didn’t have a lot to himself… that was personally, financially, in everything. He gave back to the world on another level.”

When not performing in the show, Levine is working on his solo rock project, which he hopes to release at the end of this year. In the interim, you can see Levine in “MJ the Musical” on Broadway. Be sure to follow Apollo Levine on social media @OnlyApolloLevine and be on the lookout for his new website at: www.onlyapollolevine.com.

For more information on tickets and showtimes for “MJ the Musical,” visit: www.mjthemusical.com and follow them on social media @mjthemusical.

Quincy Jones, Oprah Winfrey, and Scott Sanders are bringing a film version of the musical “The Color Purple” to the big-screen