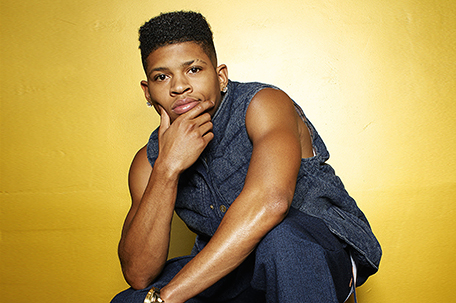 The Anti-Defamation League, the nation’s premier civil rights and human relations agency, on April 20 kicked-off the 2016 Walk Against Hate. This year’s fundraising walk, which celebrates diversity and equal rights for all, will be held on Sunday, May 15 from 9 to 11:30 AM at the Marine Parade Grounds at the Philadelphia Navy Yard. Teva and 6ABC are the lead sponsors of this year’s walk. Mayor Jim Kenney will also be on hand to kick-off the official start of the Walk.

The event will feature performances by a variety of local entertainers, including the Indonesian Dance Group, Philly Drag Mafia, Unidos da Filadelfia Drummers, Estilo, Hip Hop Fundamentals, an accordion player, a belly-dancer and ice sculptor. The day will culminate in a headline performance by hip-hop artist and star of Fox’s “Empire” Yazz The Greatest, who will detail his own experiences with discrimination.

“We are thrilled to celebrate diversity and inclusion at this year’s Walk Against Hate,” said Brandon Morrison, General Chair of the 2016 Walk Against Hate. “Philadelphia is a melting pot of diversity, and this Walk truly celebrates the differences that make each and every one of us unique.”

Along with a jam-packed day of performances, the Walk will include a Diversity Expo that highlights groups from different backgrounds. Some of this year’s Diversity Expo participants include the Police Athletic League of Philadelphia, ASPIRA Inc. of Pennsylvania, Congreso, the Asian American Film Festival, Black Women in Sport Foundation, Equality Pennsylvania, Big Brothers Big Sisters, Children’s Hospital of Philadelphia, National Museum of American Jewish History, Pennsylvania School for the Deaf and Philadelphia Freedom Valley YMCA.

“By blending the Walk with a variety of performances and the incorporation of the Diversity Expo, we hope to create an environment where everyone feels celebrated,” said Barbara Shaab, Director of Development at the Anti-Defamation League. “The goal of this walk is to express and support all of our differences in a positive and celebratory atmosphere.”

A Philadelphia native and graduate of Overbrook High School, Yazz The Greatest, also known as Bryshere Y. Gray, began his career as a street performer and is now a successful television actor and hip-hop artist.

For more information on the Walk Against Hate visit www.walkagainsthate.org or follow the hashtag #ADLWALK.