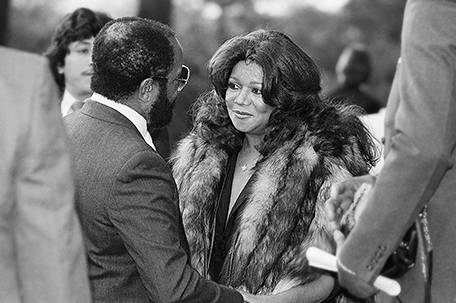 DETROIT — Anna Gordy Gaye, who was married to musical great Marvin Gaye and whose brother founded Motown Records, has died, her family said. She was 92.

A statement released by the family said Gordy Gaye died early Friday morning at her Los Angeles home while surrounded by family, including her son, Marvin
Gaye III.

Her brother, Berry Gordy, founded Motown Records in Detroit with a family loan in 1959. He named one label subsidiary after his sister — and it was on that
subsidiary, named Anna, that Marvin Gaye recorded his early work.

He and Gordy Gaye were married about a decade and co-wrote some songs together before they divorced in 1976. She received $600,000 in royalties from him,
while Marvin Gaye used it as inspiration for “Here My Dear,” a 71-minute musical recount of the breakup.

He and his second wife married in 1977 but divorced four years later. He died in 1984, during a violent argument with his father.

Gordy Gaye’s sister, Esther Gordy Edwards, proceeded her in death. She died in 2011, at age 91.