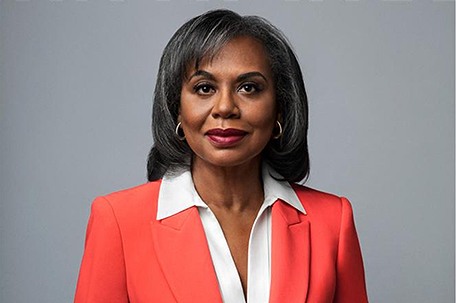 America had yet to really understand sexual harassment when Anita Hill testified against Clarence Thomas in front of an all-male Senate panel in October 1991. He was confirmed to the Supreme Court anyway, but Hill’s work was just beginning.

Now, three decades later, what does 65-year-old Hill wish she could have told 35-year-old Hill, the young professor in the bright blue suit who testified calmly and deliberately that day but had utterly no idea what lay ahead?

“I wish I had known then that the work would take a long time,” she says now. “That I should be patient — diligent, but patient.” As a lawyer, she had thought institutions would do their job, she says. “What I wasn’t understanding was our culture of denial.”

It’s safe to say the soft-spoken Hill, an exceedingly private person who has spent her entire adult life in the classroom, didn’t grow up planning to become an activist. But the Thomas hearings set her on a different path, and when the #MeToo reckoning exploded in 2017, she was automatically a potent symbol. She still teaches gender, race and law at Brandeis University and also chairs the Hollywood Commission, which fights harassment in the entertainment industry, along with other advocacy work.

So, it seems appropriate that Hill’s latest project is one that combines her paths of academia and activism. Her new book, “Believing: Our Thirty-Year Journey to End Gender Violence,” is a heavily researched look at gender violence — tracing its roots, measuring its impact, and suggesting ways to fight it.

Sitting down last week with The Associated Press to discuss the book — her third — Hill said the project gained urgency in early 2020 as the pandemic took hold. She was disturbed to hear that intimate partner violence had surged in the early days of the pandemic.

Through a mix of academic studies, legal analysis, anecdotes and interviews, Hill looks at different spheres of society and finds that although there’s surely a better understanding of sexual harassment and gender violence now than three decades ago — when Wyoming Sen. Alan Simpson referred at the hearing to “that sexual harassment crap” — there’s a lack of comprehension of how deeply rooted the problems are.

She also says it’s unrealistic to expect a younger generation’s more evolved values will be enough to eradicate gender violence, an idea she calls “the myth of the woke generation.” First of all, beliefs in any generation are mixed, but also, it’s the institutions and systems that need to change, she says.

“It’s really dangerous for us to think that gender violence is not a huge problem, that it is not a problem that’s affecting (all of us),” Hill says. “There’s probably not anyone who doesn’t have a story about something that happened to them or to someone they know.”

And, she says, despite the power of millions of #MeToo tweets sharing such experiences that launched the movement in 2017, a year later at Brett Kavanaugh’s Supreme Court hearing, “Christine Blasey Ford testified about her own experience with sexual assault … and the Senate seemed to refuse to even do a thorough investigation. So, it is endemic and it’s systemic.” And men can experience gender violence as well, she points out — often when they don’t conform to conventional notions of masculinity or gender expression.

Her reference to Ford’s testimony in the book is especially poignant. On the day Ford, a fellow academic, testified, Hill was watching from far off at the University of Utah, where she was speaking to a women’s studies class. But they met a year later. Hill says they share a unique bond.

“She and I are the two people in the world who have gone through it,” she says. “I knew this was going to change her life forever and wanted to hear from her just on a personal basis, how things were going, how she was handling it, and to reassure her things would get better.” (Ford recently participated in a new podcast with Hill, “Because of Anita”).

One thing Hill can identify with only too well: the condemnation and threats that Ford received. “Certainly, there were years that I felt threatened,” Hill says. “I felt fortunate that I didn’t have children … I did have elderly parents that I feared for and felt very protective of.”

She got through it, she says, “by just being out in the world, not hiding from it, going out and doing public speaking, being engaged.” And by listening to victims’ stories — “knowing that there was something bigger and something more important, and that I could make a difference in the lives of the people who were suffering.”

What Hill has learned, she says, is that attitudes may have evolved, but systems and institutions haven’t kept pace. “It’s not enough for us as a society to change,” she says. “If we keep the same systems in place, the problem’s going to keep repeating itself.”

She is, though, buoyed by what she calls the thorough investigation conducted by New York Attorney General Letitia James into accusations of harassment against New York Gov. Andrew Cuomo, which led to his resignation. That probe, she says, should serve as “a model” for future such cases.

Guest Commentary: Is this Anita Hill #2?