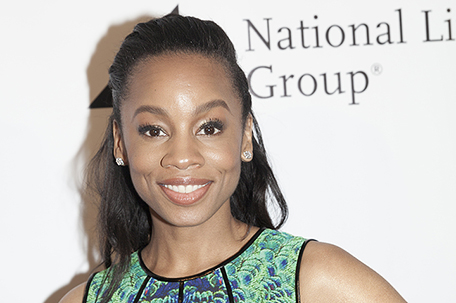 Rose joins the previously-cast Phylicia Rashad in a project based on author James Patterson’s very first novel – a Civil Rights era crime drama titled “The Thomas Berryman Number,” which follows the investigation and research of a Nashville reporter into the murder of Jimmie Lee Horn, Nashville’s first black mayor. The novel is set in the early 1970s, with a central murder investigation tightly wrapped up in racial tensions. Here’s an official description: “In Nashville, Tennessee, the whole city mourns as Jimmie Horne, the city’s first black mayor, is shot dead by a crazed hippie, a mourning broken by shock when the assassin is himself gunned-down by a professional hitman. Ochs Jones, a reporter for a Nashville paper, smells something fishy and begins to investigate, starting with a private mental hospital in upstate New York, where a patient has been raving about the assassination since almost a week before it happened. Partially told in the form of Jones’s letters and notes, the novel chronicles his investigation of the Horne slaying. Soon, he unearths the presence of a third shooter, a professional killer named Thomas Berryman who specializes in accidents and suicides. The novel also traces Berryman’s path, from New York to New Orleans to Nashville, and his preparations for the biggest murder since Martin Luther King, Jr. was slain.”

In CBS’ adaptation, the story will follow a female FBI agent working in the Criminal Section of the Department of Civil Rights Division, who finds herself caught between her radical real family and her professional family.

Rose will play the FBI agent, and Rashad was cast as a series regular, playing a gay black woman named Georgina Howe, who is described has “a savvy Washington player who has faced discrimination for her race and sexual orientation, and fights to protect the independence and integrity of her high profile Civil Rights Division.”

DuVernay will direct from a script penned by Balcer, who will also executive produce the pilot that promises to tackle present-day race-related events, like the several high-profile cases, including the riots in Ferguson, Missouri following the shooting of Michael Brown, and the accidental death of Eric Garner at the hands of NYPD cops, that sparked national debate on race relations in the USA.

With Rose and Rashad in front of the camera, and DuVernay’s direction, I expect an acting clinic. Balcer’s writing will certainly help. Now if only they’d change the title to something a bit more imaginative than “For Justice”… there’s still time for that, so I’m hopeful!

This is the second TV project DuVernay is attached to helm – the other being an original series for the OWN network, based on the novel “Queen Sugar.”