Andrew Lloyd Webber beams as ‘Cats’ film has its premiere 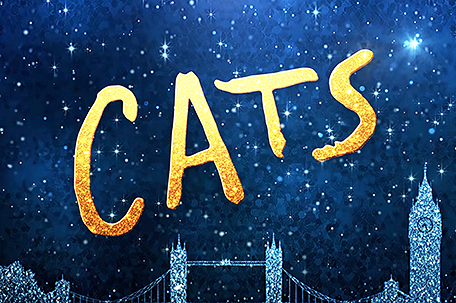 NEW YORK  — It was a special night for Sir Andrew Lloyd Webber as he walked the red carpet for the world premiere of the film adaptation of his Tony Award-winning stage musical “Cats” Monday night.

Speaking exclusively to The Associated Press, the 71-year old composer called Taylor Swift “absolutely fantastic” as Bombalurina, and beamed with pride while speaking of the unusual journey his award-winning musical has taken.

“This is a most extraordinary night for me in way, because it’s been nearly 40 years after it got on the stage first. And of course, when ‘Cats’ got onto stage, everybody thought it was the most unlikely event to really go into a theater,” Lloyd Webber said.

The award-winning composer knew the idea of transforming a series of T.S. Eliot poems into a stage musical with actors playing the feline roles seemed like an unlikely concept for a show.

But something clicked for the famed composer, and the musical has become one of his most popular works, playing on stages around the world for the past 40 years.

After posing for photographers, Lloyd Webber spoke about the show’s unusual journey, and attributed the success of the production to theater director Trevor Nunn and choreographer Gillian Lynne, saying it’s what “brought though into the theater.”

He feels the same way about the director of the film adaptation. “What’s interesting to me, now, in this new kind of version of it on the screen, is that this is very much Tom Hooper’s ‘Cats.’ I mean, it’s very, very differently conceived to the stage show and, of course, you would expect,” Lloyd Webber said.

Tony-winning actor and talk show host James Corden, who plays Bustopher Jones, agrees, calling the concept, “incredibly bizarre,” though “incredibly unique,” and said he was honored to be a part of it.

“It’s a bizarre experience when someone’s asking you to be a cat. But, you know, you try your best and you’re surrounded by the finest group of actors you can imagine, and I just found the entire thing very creatively inspiring, I have to say,” Corden said.

Lloyd Webber said he never intended to write the show “Cats;” rather, he just wanted to perform an exercise by writing lyrics for a series of Eliot’s poems that his mother read to him when he was a boy.

“I was about 6 years old and they stayed with me. And after I’d written ‘Evita,’ I really wanted to see if I could set existing verse to music, because when I was working with Tim Rice, I tended to write music first and he would put the lyrics to my music. And I kept thinking, I’d like to see if I could write the other way around,” Lloyd Webber said.

After setting four of the poems to music, he sent them to the poet’s widow, Valerie, and she gave him the green light to continue.

“She said, ‘Do go on and do the rest of it.’ And I thought of it as a sort of companion piece to a piece I’ve written called ‘Variations,’ which had been a big hit on an album — a big, big record hit. And the idea was that they’d be like two companion dance pieces,” he said.But then she gave him something that would change his plans.

“Valerie gave us the poem of ‘Grizabella: The Glamour Cat.’ And with that, we had a piece of verse by Eliot that wasn’t published. And it was then the turning point,” Lloyd Webber said.

Lloyd Webber said the film adaption is “as exciting as what we did years ago,” and credited the work of the cast for that. “There are some terrific performances,” he said. “And Taylor is absolutely fantastic.”

The film also stars Rebel Wilson, Jason Derulo, Sir Ian McKellen, and ballet star Francesca Hayward as the star feline. Before heading inside, Wilson expressed her excitement, “It’s so magical and so spectacular and it’s perfect for the holiday. This movie is fun for the whole family. And, yes, I’m really excited to see the finished product. Haven’t seen it yet,” Wilson said. “Cats” pounces into theaters on Christmas.

TV One to premiere the original film, Behind The Movement, Feb. 11