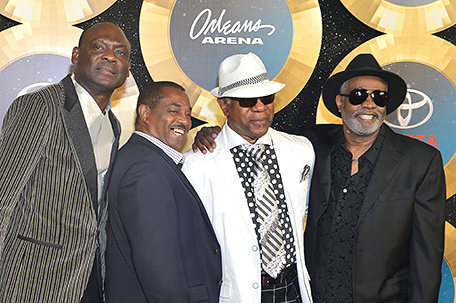 Kool & the Gang will receive the 2019 Marian Anderson Award on Tuesday, November 12 during the eagerly anticipated gala and concert at The Kimmel Center for the Performing Arts. American R&B, jazz, soul, funk and disco group Kool & the Gang has influenced the music of five generations and have become true recording industry legends. The Marian Anderson Award was created to celebrate critically acclaimed artists who have used their talents for personal artistic expression and/or whose body of work has contributed to society in a positive and singular manner.

Kool & the Gang officially launched in 1969 and have performed continuously longer than any other R&B group in history.  They have earned two Grammy Awards, seven American Music Awards, 25 Top Ten R&B hits, nine Top Ten Pop hits and 31 gold and platinum albums. In 2014, they were honored with the BET Soul Train Lifetime Achievement Award and in 2015, the group took their place as American musical icons with a star on the Hollywood Walk of Fame. This year, Kool & the Gang will be celebrating their 50th anniversary of performing as a group.

Television personality Tamron Hall will serve as the events emcee. There also will be performances by Bill Jolly, the event’s music director and artists that include Bri Steves, Carol Riddick, Jeff Bradshaw, Lady Alma, Matt Cappy and Carol Gay and The Ever Ensemble.

The Marian Anderson Award is named after the pioneering opera singer who was the first Black singer to perform at the Metropolitan Opera.  The prize is given in Philadelphia to “critically acclaimed artists who have impacted society in a positive way.”

Kool & The Gang members, known for hits like “Get Down on It,” ”Celebration” and “Ladies Night,” said in a statement they’re “truly honored” to receive the award and that “Funky Philly” played an integral part in their career. They recorded several albums in Philadelphia.