‘An American in Paris’ brings Sayiga Eugene Peabody to Philadelphia 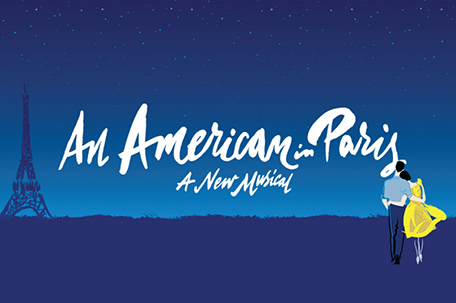 November 18, 2016 Category: Entertainment Posted by: Philadelphia Sun Staff
By Kharisma McIlwaine
When most people think of Paris, they often think of romance and delicious food.  Those familiar with the 1951 film ‘An American in Paris’ now have another reason to think of the City of Love. An American in Paris, the Tony Award winning musical, is coming to The Academy of Music Nov. 22. Sayiga Eugene Peabody, who plays Swing in the musical, was eager to share his journey with the production so far.
Peabody has accomplished a great deal since the beginning of his dance career in Southwest Michigan. He began dancing at the age of 13. After high school, his love for dancing led him to Chicago. There he earned a scholarship to attend Giordano Dance Chicago (the oldest jazz dance company in the world).  Peabody admitted that the road that led him from solely being a dancer to a performer in An American in Paris was a winding one.
“When An American in Paris first started auditioning,” Peabody said, “I was strictly a dancer. I didn’t think that I was prepared to audition for a musical theater show at the time. The singing and acting aspects… you feel like you need a lot of training to be able to keep up with the people that have been doing it for years. I started doing regional theater around the time that An American in Paris started their journey. I missed the first round of auditions. Several of my dance friends made it to these auditions and said great things about the choreographer, Christopher Wheeldon, and the process. I figured if there was another round, tour, or another show to open anywhere, I would definitely chase that dream.”
Peabody chased his dream, temporarily deferred, then landed the role of Swing in An American in Paris. He candidly shared some of the biggest challenges with his role. “Being Swing is not easy… It’s quite difficult. I am a multirole understudy. I currently cover five tracks of the ensemble. We’ve been going for about nine weeks now since we started rehearsal. At first you think, it’s going to be fairly easy covering multiple roles. We all have danced for years so picking up choreography and learning steps is not a challenge for anyone in the show really. But Christopher did not do much unison work. There is very little of full company, everybody doing the exact same thing at the exact same time in the show. We quickly all learned as Swings that you have to be able to multitask and you have to know multiple angles and directions.” 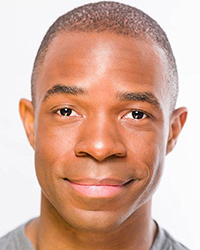 Learning under the creative genius that is Tony Award winning choreographer Christopher Wheeldon, was not the only surprise An American in Paris gifted Peabody.  He was equally surprised by the ways the story and his experience as a cast member deeply affected him. “I’d seen the movie An American in Paris. Anything Gene Kelly [does] as a dancer you feel you have to see… you have to experience. But I didn’t know the story and I didn’t know how personally connected I would get to the story before the experience. For me it’s a little bit about trying to find your voice as an artist or as someone in the community during hard times. I know we’re all dealing with hard times at the moment. Personally, I come from Liberia West Africa. My family has been dealing with civil war, war-torn country, and conflict for my whole life. So being in that situation and then hearing the story where a girl is coming from Nazi France trying to make a name as a ballerina and an artist, while other people were trying to support her, what a huge thing for me. I think it’s beautiful.”

A story of people trying to find their way in a world that is not always welcoming of differences can be daunting. Dancers of color still face a number of these obstacles today. Peabody spoke about the lack of diversity in the dance world and his hope for the audience after seeing An American in Paris. “The ballet realm is a very prestigious realm. For somebody to break into a realm like that being a person of color is a big deal. Clearly you have to have quite a bit of talent. You have to work diligently at finding your niche and your way in a world where most people look exactly the same or most places are looking for a specific look or type. But also I think that rings true in the Broadway world as well. There is a lot of typecasting and I feel like especially in the times we are in now, there’s a lot of conversation about finding voices for all creeds, colors and all people on stage and in work like ours.” Peabody continued with, “It feels like wherever you go now there is a lot of mixing and a lot of different cultures all over, so it doesn’t make sense that you wouldn’t see that on stage. The music in this show by George and Ira Gershwin transcends race and color, and if people can get past themselves, everybody can get something amazing out of this show.”
An American in Paris will be at The Academy of Music from November 22-27. Visit www.kimmelcenter. org for ticket information.