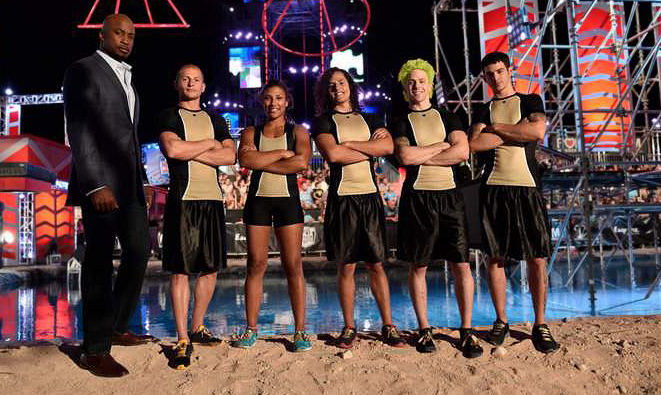 NBC’s “American Ninja Warrior” has long been a fan favorite.

As the show gears up for it’s 8th season, audiences have been anxiously awaiting the display of talent and athleticism at it’s finest from the show’s new contestants this upcoming season.

A slew of eager “American Ninja Warrior” contestants took over the Richmond Power Plant for a round of qualifiers and finals… Philly style. Hosts Akbar Gbajabiamila and Matt Iseman were present on set to share in the excitement.

Former NFL player Gbajabiamila held no punches when describing the difficulty of the obstacle course this season.

“You look at it and it is visually intimidating,” he said. “You think about the fact that we are in Philadelphia, The City of Brotherly Love, but to be quite honest with you, this course, it ain’t got no brotherly love for these competitors. It is going to be a brutal run!”

Gbajabiamila, an elite athlete in his own right, would know. He tried the course, which begins with the Floating Steps (first obstacle) and the Warped Wall, and features two new obstacles in the Log Grab with Trampoline and the Barrel Roll, without success.

While Iseman echoed Gbajabiamila’s acknowledgment of the course’s challenges, and loves the suspense that they bring, he is moved most by the inspiring stories that bring the contestants to the show.

“It’s unbelievable getting to know the competitors,” Iseman said. “It’s great seeing veterans who’ve struggled, who’ve fallen, who’ve had a disappointing run, come back and rebound. Then having rookies come out and completely surprise us.”

“It’s the inspirational ones, people who’ve overcome cancer, or substance abuse… things in our lives that you think would break most people,” Iseman continued. “But they found a way to get back up, and dust themselves off out here. I think when they do well on the course it becomes a metaphor for the ability to succeed in life.”

So who will prevailed through the course to beat the wall?

Watch Season 8 of American Ninja Warrior every Wednesday at 8 PM on NBC-10 to find out. If you miss it, there’s a repeat airing of each week’s show on the Esquire Network on Thursdays at 8:00 PM. Check your local cable listings for the channel location.

Be sure to tune into the Philadelphia qualifying episode of “American Ninja Warrior” on June 27th, and the City Finals episode on August 22nd. Share your reactions with @ninjawarrior and be sure to hashtag #AmericanNinjaWarrior.