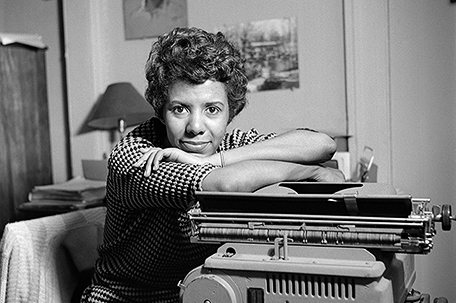 ABOVE PHOTO:  Lorraine Hansberry leans over her typewriter in her Greenwich Village apartment on Bleecker Street during her April 1959 photoshoot for Vogue.  (Photo by David Attie.)

On March 11, 1959, Lorraine Hansberry’s “A Raisin in the Sun” opened on Broadway and changed the face of American theater forever. Depicting the limitations of the American dream through the lives of a Black family on Chicago’s South Side, the play’s richly drawn characters and unprecedented subject matter attracted record crowds and earned it the coveted top prize from the New York Drama Critics’ Circle. But while the play is universally seen as a groundbreaking work of art, the fascinating story of Hansberry’s life is far less well known. 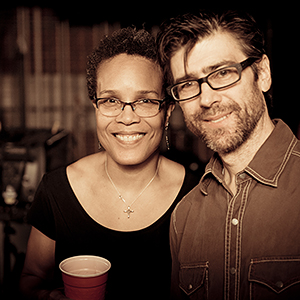 Narrated by award-winning actress LaTanya Richardson Jackson, and featuring the voice of Tony Award-winning actress Anika Noni Rose as Hansberry, “Sighted Eyes/Feeling Heart” is filled with insightful on-camera interviews with those who knew her best and rare archival material, creating a nuanced portrait of an activist and artist whose words and ideas are as relevant today as they were when she first wrote them.

From growing up in the segregated city of Chicago in the 1930s, to her work as a radical journalist in Harlem in the 1950s — which brought her to the attention of J. Edgar Hoover’s FBI — to the moment when she directly confronted Attorney General Robert F. Kennedy, the film illustrates Hansberry’s unique connection to each of the major social and political movements of her era. The result is a timely and revealing portrait of an activist and artist whose popular recognition has — until now — remained long overdue.

Featuring interviews with Hollywood legends such as Sidney Poitier, Ruby Dee, Harry Belafonte, and Louis Gossett Jr., who share their personal memories collaborating with Hansberry, “Sighted Eyes/Feeling Heart” offers an intimate and powerful look at a woman who was, as Poitier says in the film, “reaching into the essence of who we were, who we are, and where we came from.”

This documentary is part of American Masters’ Inspiring Woman online campaign and will premiere in 2018 on PBS.