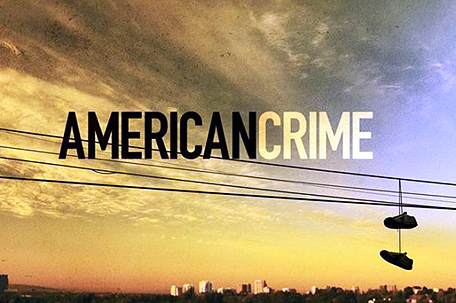 “American Crime,” ABC’s highly anticipated new drama from Oscar winning screenwriter John Ridley, follows the story of the brutal attack of a young couple in Modesto, California. Matt Skokie, a war vet, is murdered, and his wife, Gwen, is left unconscious, barely hanging on. The crime sends shock waves throughout the community stirring up tensions across socioeconomic and racial lines in this gritty new drama — from the points of view of all those involved. “It’s not about the police. It’s not about the prosecutors. It’s really about the family,” creator John Ridley says. Barb Hanlon and her ex-husband Russ Skokie played by television veterans Felicity Huffman and Timothy Hutton are the parents of Matt Skokie, and who seek justice for their son’s killing.

When four suspects are arrested, it seems justice will be served. But as secrets are revealed and lives are torn apart, it becomes clear that nothing is as black and white as it seems.

Falling into the mix are four suspects: Tony Gutiérrez (Johnny Ortiz), a teen who has gone in over his head while trying to get a rise out of his overprotective father, Alonzo Gutiérrez (Benito Martinez); Hector Tontz (Richard Cabral), a man who has always been on the fringe of society and struggles for survival; and Carter Nix (Elvis Nolasco) and Aubry Taylor (Caitlin Gerard), two drug addicts whose dependence on substances and each other has grown to be destructive. Aliyah Shadeed (Regina King), is a devoutly religious woman determined to help her brother Carter Nix after he is involved in the Skokie murder investigation.