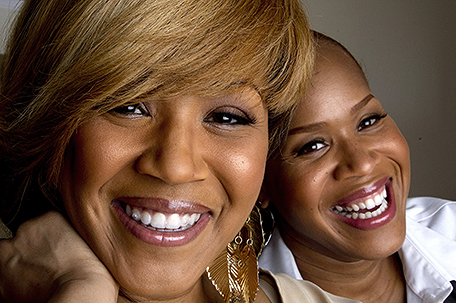 Jazz icons Al Jarreau and David Sanborn will perform at the Dell Music Center for the first time during the 2014 Essence of Entertainment concert series, a star-studded summer of concerts with artists including Roberta Flack, The O’Jays, Fantasia and Larry Graham.  Returning to the Dell for an evening of gospel are platinum-selling duo Mary Mary and Delaware County resident E. Daniels, joined by first-time Dell performer and Billboard Chart-topper Byron Cage.

Another first:  the Dell brought theater to its stage with “The Meeting,” a riveting play portraying a fictional meeting between Dr. Martin Luther King, Jr. and Malcolm X.  Classical music returns to the Dell this summer too.  The original summer home of The Philadelphia Orchestra welcomes Black Pearl Chamber Orchestra along with local musicians and singers performing Beethoven Symphony No. 9.

Ludwig Beethoven’s final symphony was his call for people of all nations, colors and creeds to come together in a spirit of universal brotherhood.  In this spirit, talented musicians and singers from across Philadelphia join Black Pearl for a rare English-language performance of the musical masterpiece, Beethoven Symphony No. 9, “Ode to Joy.”

Returning to the Dell are Grammy winner Chrisette Michele; Ledisi, an eight time Grammy Award nominee and R&B Charts topper; and Eric Benet, whose smash hit “Spend My Life With You” reached number one on the R&B Charts.

July 10 at 8 pmThe O’Jays, Will Downing and Chrisette Michele

Subscriptions for the eight concert series (not including the Special Engagement) are $400 for premium seating and $300 for general seating. They are available for purchase through May 23 at the Dell Music Center Box Office.

Tickets for this concert featuring Mary Mary, Byron Cage and E Daniels are $30 and $30.

May 26thClosed for Memorial Day

Individual show tickets can be purchased beginning Thursday, May 8th at 10:00 at www.ticketmaster.com, www.mydelleast.com  or at the Dell Box Office.  For more information, call 215-685-9560.