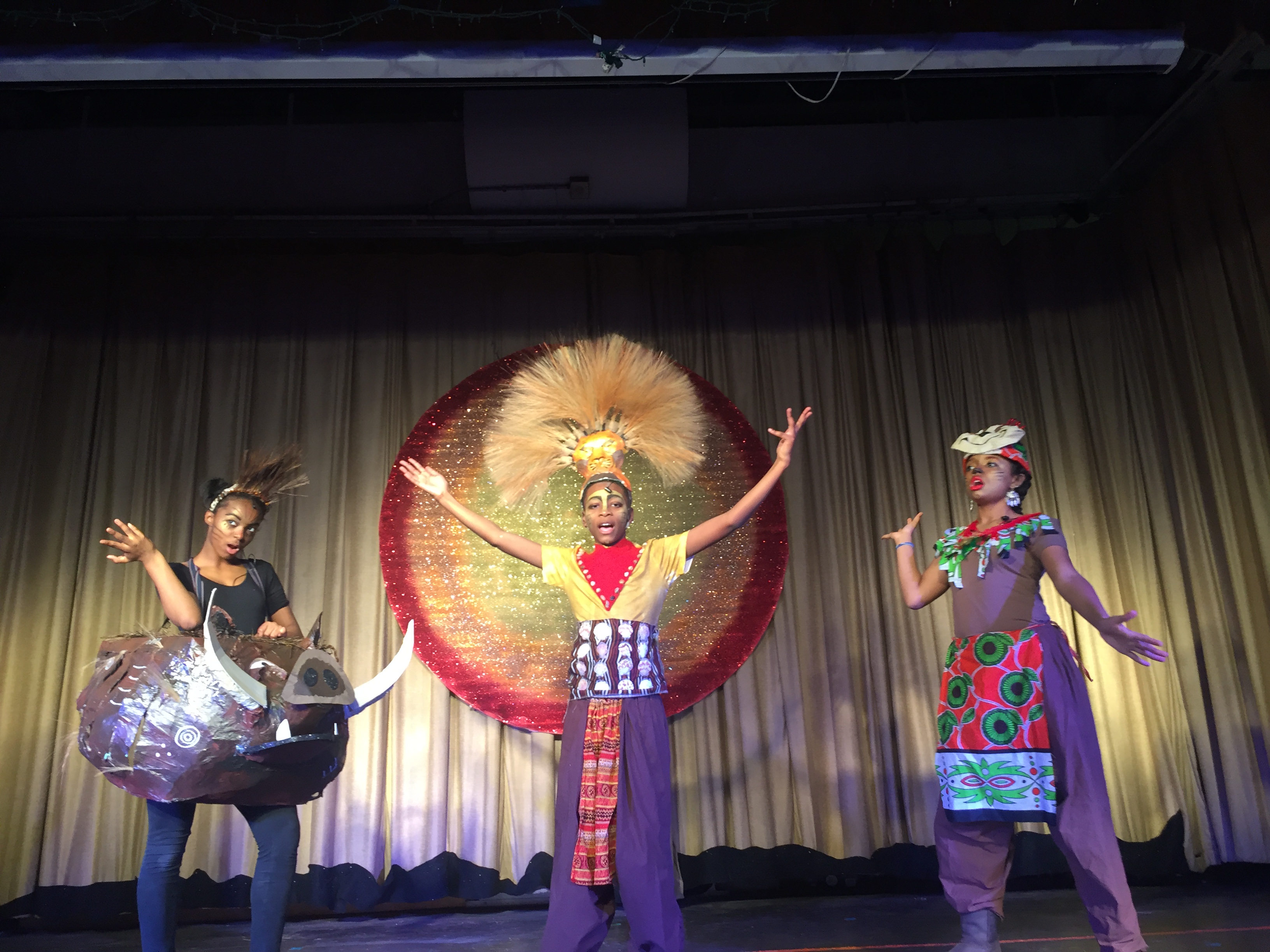 Last weekend was one most would stay indoors for, but C.W. Henry School in West Mount Airy was a place to be. The school transformed into the African Savanna as children completed performances for the historic Broadway hit musical The Lion King. African art was created by the entire student body and displayed in the school’s entranceway and hallway as students prepared for the big production. Henry ran two shows on Friday evening and Saturday afternoon to witness these talented performances. Children assisted in putting together mesmerizing set decorations under the guidance of music director Amanda Johnson and director/musical director/choreographer Nicole Paulino, who also made exquisite costumes and masks.

The school obtained rights to the show, so they were allowed to use the soundtrack as students belted out classic tunes such as “I Just Can’t Wait To Be King” and “Circle of Life.” Students were taught stage direction, so by opening night the training wheels came off and the students worked their stage magic. One of the lead actors is from Kenya and brought back African textiles on a recent excursion, so Henry was fortunate to be able to use the fabric in the costumes for added authenticity. Children ranging from kindergarten to eighth grade had some hand in performance roles, and each of them put their best foot forward as the story of young Simba and Pride Rock was brought to life.

Paulino chose The Lion King as the musical for the school because culture and music go hand in hand. “I teach music through culture and this year we’re traveling around the world in class and this past month we went to Africa and we finished up our unit by doing our major production in honor of Africa as well.” While Paulino wore many hats throughout the process, she was blown away by performances. “The kids did a fantastic job, it [the production] was pretty impeccable.” A big congratulations to the students and staff at C.W. Henry School, Africa was realized for certain on a blistery weekend.