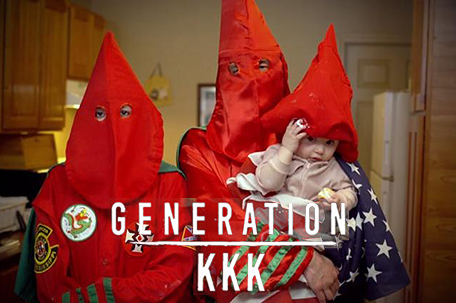 A day after announcing that the network had revamped its previously-scheduled “Generation KKK” docuseries by changing its title to “Escaping the KKK: A Documentary Series Exposing Hate in America,” partnering up with Color Of Change, the leading African American civil rights organization, to consult and provide supplementary content for the series, and more, A&E has now decided to cancel the 8-part project which was originally set to premiere on January 10, 2017.

The network released the below statement about its decision, detailing its reasons, which probably aren’t what you expect:

The documentary ‘Escaping the KKK’ was intended to serve as a close look at anti-hate extractors focused on helping people leave the Ku Klux Klan—the racist hate group with a long history of violence against African Americans and others. Our goal with this series has always been to expose and combat racism and hatred in all its forms.

However, A&E learned last night from the third-party producers who made the documentary that cash payments — which we currently understand to be nominal — were made in the field to some participants in order to facilitate access. While we stand behind the intent of the series and the seriousness of the content, these payments are a direct violation of A&E’s policies and practices for a documentary. We had previously provided assurances to the public and to our core partners –– including the Anti-Defamation League and Color of Change –– that no payment was made to hate group members, and we believed that to be the case at the time. We have now decided not to move forward with airing this project.

A&E takes the authenticity of its documentary programming and the subject of racism, hatred and violence very seriously. Just because this particular show goes away, the issues of hate in America do not. We will still seek to fight hate in America through on-air programming including town halls and documentary programs produced in partnership with civil rights organizations, as well as continue to work with the civil rights community to facilitate a deeper dialogue on ending hate through comprehensive educational and outreach campaigns.