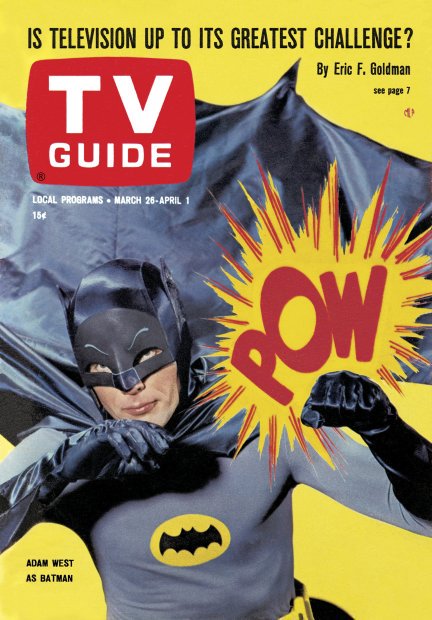 LOS ANGELES (AP) — “Batman” only aired for three seasons in the 1960s, but Adam West would remain associated with the role forever.

“You get terrible typecast playing a character like that,” West told The Associated Press in a 2014 interview. “But in the overall, I’m delighted because my character became iconic and has opened a lot of doors in other ways, too.”

West, who died late Friday at age 88, initially chafed as being typecast after “Batman” went off the air, but in later years he acknowledged he was happy to have had a role in kicking off a big-budget film franchise by showing the character’s wide appeal.

His straight-faced portrayal of Batman in the campy 1960s TV series lifted the tight-clad Caped Crusader into the national consciousness, and inspired future wearers of the superhero’s cape and cowl. The TV show was among the most popular in 1966, the year of its debut, and some of the era’s top actors signed on to play villains. Burgess Meredith squawked as the Penguin. Eartha Kitt purred as Catwoman. And Cesar Romero cackled as the Joker.

“Adam West exemplified heroism,” Affleck wrote on Twitter Saturday. “Kind, funny and an all around great guy. Thank you for showing us all how it’s done ”

West remained friends with the actor who played Batman’s trusty sidekick, Robin. Burt Ward said he and West were friends for more than 50 years.

“We shared some of the most fun times of our lives together, Ward told the entertainment trade paper Variety. “This is a terribly unexpected loss of my lifelong friend. I will forever miss him.”

Julie Newmar, who played Catwoman to West’s Batman, said, “He was bright, witty and fun to work with. “I will miss him in the physical world and savor him always in the world of imagination and creativity.”

A whole new generation of fans knew West as the voice of nutty Mayor Adam West on the long-running animated series “Family Guy.”

“Adam West was a joy to work with, and the kind of guy you always wanted to be around,” ”Family Guy” creator Seth MacFarlane said in a statement. “His positivity, good nature, and sense of fun were undeniable, and it was always a big jolt of the best kind of energy when he walked in to record the show. He knew comedy, and he knew humanity… Thank you from the bottom of my heart for all that you have given, Mr. Mayor. You’re irreplaceable.”

In April 2012, West received a star on the Hollywood Walk of Fame. Born William West Anderson in Walla Walla, Washington, he moved to Seattle at age 15 with his mother after his parents divorced.

He graduated from Whitman College, a private liberal arts school, in Walla Walla.

After serving in the Army, he went to Hollywood and changed his name to Adam West, and began appearing on a number of television series, including “Bonanza,” ”Perry Mason” and “Bewitched.”

His publicist, Molly Schoneveld, said Saturday that West died after a “short but brave battle against leukemia.” He is survived by his wife, Marcelle, six children, five grandchildren and two great-grandchildren.

“Our dad always saw himself as The Bright Knight, and aspired to make a positive impact on his fans’ lives,” his children said in a statement. “He was and always will be our hero.” 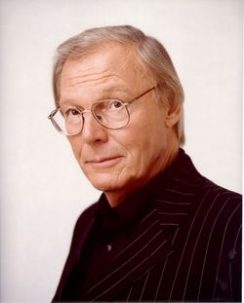