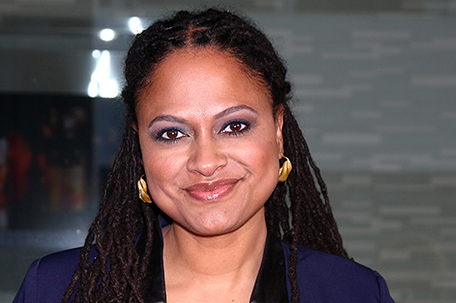 Birdman and The Grand Budapest Hotel have emerged as the early Oscar favorites after garnering nine Academy Award nominations each. Both of those films are excellent movies and well-deserving of all the accolades they’ve received.

Nevertheless, the simultaneous snub of Selma is a little mind-boggling. The critically-acclaimed civil rights saga is enjoying the highest Rotten Tomatoes rating (99 percent) of any of the Oscar hopefuls, yet was only rewarded with nominations in the Best Picture and Best Song (“Glory”) categories.

Why didn’t Ava DuVernay become the first African-American female director nominated, as most insiders had predicted? Her slot was ostensibly given to Bennett Miller, the director of Foxcatcher, which wasn’t even nominated for Best Picture.

And why wasn’t Selma star David Oyelowo recognized for his powerful portrayal of Dr. Martin Luther King? To add insult to injury, the Academy Award nominations were announced on January 15th, Dr. King’s birthday. Given the glaring omission, one can’t help but note that all of the nominees in the acting categories are Caucasian, perhaps a reflection of the predominantly-white Academy voting membership.

Another contributing factor to Selma’s stock suddenly tanking, undoubtedly, was the sharp criticism directed at it by Joseph Califano in a scathing op-ed printed in the Washington Post. The former assistant to Lyndon Johnson takes issue with the movie’s suggestion that the President’s was a reluctant supporter of the march and the Voting Rights Act, when “in fact, Selma was LBJ’s idea.” Califano concludes his piece with the assertion that the picture “should be ruled out for consideration” this awards season.

Granted, the film was inaccurate in its portrayal of President Johnson. However, anyone who as actually seen the movie knows that LBJ was not cast as a villain, but more as a sympathetic figure in need of persuasion.

To her credit, director DuVernay avoided the familiar Hollywood formula which would have a group of imperiled blacks folks rescued by a great white savior on a pedestal. Instead, she opted to spread the praise around, acknowledging pivotal roles played not only by such icons as Dr. King and John Lewis, but by lesser-known, Selma local activists like Annie Lee Cooper and Cager Lee.

What I find very disheartening about the Selma smear campaign is that other historical dramas in the Oscar race, including The Imitation Game and American Sniper, have basically been given a pass despite whispered rumors of their having also taken liberties with the truth. For, such license didn’t prevent Lawrence of Arabia, A Beautiful Mind, Schindler’s List, Argo, The Last Emperor or The King’s Speech from winning the Academy Award for Best Picture.

Given how moving and meaningful a film Selma is, it’s sad to think that a few narrow-minded detractors with a patently-political agenda might have actually succeeded in derailing it.

The Theory of Everything

“Everything Is Awesome,” The Lego Movie

“Grateful, Beyond the Lights

“I”m Not Gonna Miss You,” Glen Campbell: I’ll Be Me

Eddie Redmayne, The Theory of Everything

Felicity Jones, The Theory of Everything

Meryl Streep, Into the Woods

The Theory of Everything