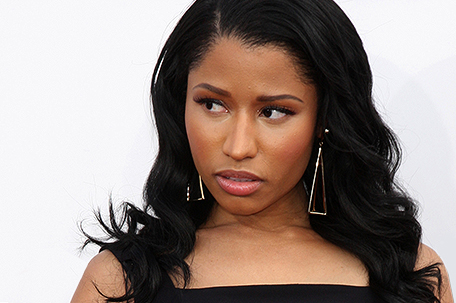 Nicki Minaj will executive produce a new scripted comedy series for ABC Family that she will also appear in, it was announced last week by Karey Burke, Executive Vice President Programming and Development, ABC Family. The comedy will shoot in her hometown of Queens, New York this winter.

The half-hour comedy is based on Minaj and her family’s immigration from Trinidad in the early 1990’s. It will focus on her growing up in Queens with her vibrant family and the personal and musical evolution that led to her eventual rise to stardom.

“Nicki Minaj is a force to be reckoned with at everything she touches,” said Burke. “We’re beyond thrilled to bring her one-of-a-kind story to our channel. Nicki is an international superstar, yet not everyone knows how inspiring and hilarious her true story is, and we can’t wait to share it with the world.”

“This is one of the more unique adventures I’ve ever embarked on,” said Minaj. “I couldn’t be more proud and excited to team up with an amazing group of people to give the world something really special.”

I wouldn’t call myself a Nicki Minaj fan, but, as someone who knows very little about her background, this particular pre-fame story (set in the early 1990s, as her family migrated to the USA from Trinidad) could make for some worthwhile, and even groundbreaking TV – depending on how it’s done of course, which is always key.

So now we wait…