A one on one with Chinonye Chukwu, director of “Till” 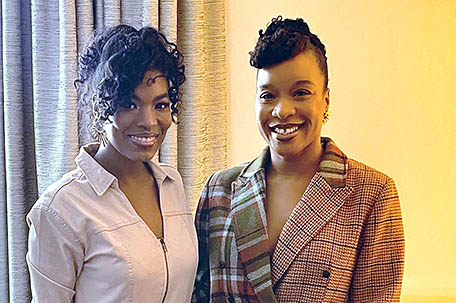 Few stories are more gut-wrenching than that of the heinous torture and murder of Emmett Till. In 1955, Till, a 14-year-old African American teen, left Chicago and his beloved mother, Mamie Till-Mobley, to visit family in Mississippi.

Vastly different from his upbringing in the north, Mississippi offered neither Till nor any Black person within its borders equality or agency. Instead, Mississippi and various other parts of the south provided the constant fear of death due to any infraction deemed as an inappropriate interaction with a white person.

Till was accused of whistling at Carolyn Bryant, a white woman, during a brief encounter at Bryant’s family’s store. That encounter cost Till his life, and Mississippi reminded the masses that the life of a 14-year-old Black child was dispensable. Two men were responsible for kidnapping Emmett Till from his family’s home, brutalizing him, murdering him, and dumping his body in the Tallahatchie River tied down with barbed wire and weights. Those two men were J.W. Milam and Roy Bryant.

Milam and Bryant were acquitted of their crimes and later confessed to murdering Till in an interview with Look Magazine and were awarded $4,000. Carolyn Bryant, the woman who made the allegations, was also never held accountable. Left in the wake of all of the turmoil and gross injustice was Emmett Till’s mother — Mamie Till-Mobley.

“Till” tells the horrific story of what happened through Mamie’s eyes. Mamie Till-Mobley was a mother who, in the midst of her mourning, made the life-changing decision to force America to see and acknowledge the brutality of their racism by giving her son an open-casket funeral. Nigerian filmmaker Chinonye Chukwu is at the helm of this film as the writer and director. ‘Till’ stars Danielle Deadwyler as Mamie, Jalyn Hall as Emmett Till, Whoopi Goldberg as Alma Carthanand Sean Patrick Thomas as Gene Mobley. Chukwu spoke with the SUN about directing this incredible film.

Chukwu is known for creating intricate, emotionally driven, character-centered stories. It’s no surprise that producers wanted her as the writer and director of this project.

“The producers approached me three years ago and asked me if I would be interested in making this film, and [about] writing and directing a version of the film that I believe needs to be the way this story is told,” Chukwu said. “After some thought, because I wasn’t immediately ready to engage (I needed to emotionally recalibrate a bit after my last film) I told them the only way I’d be interested in telling this story is if it’s through Mamie’s emotional point of view and if it’s about her journey. For without Mamie Till-Mobley, the world wouldn’t know who Emmett Till was. She is the heartbeat of this story and the center. I wanted to center a Black woman in her rightful place in history.”

Mamie is undoubtedly the focal point of the film — her poise, womanhood, motherhood, heartbreak, and outrage. Danielle Deadwyler’s portrayal embodies the nuances and layers of Mamie seamlessly.

“She’s transcendent,” Chukwu said. “Someone used the language that she was called on by the gods, which is so true. Danielle sent an audition tape. It was a very traditional process. We were looking for months for our Mamie, and she sent an audition tape. When I cast actors, particularly in leading roles, I always look at [whether they can] tell a story with just their eyes. Can they command and hold a frame without saying a word? Are they able to get underneath and in between the words and bring out the subtext, the silences, and the pauses? Danielle checked all the boxes times 100!”

“it was a real partnership she and I went on,” Chukwu said. “We spent months before shooting, going through every single emotional beat and nuance in the script, from top to bottom multiple times. She dove into her research as well, and we talked every day and discussed it. By the time she came onto the set, she had an inherent understanding of who Mamie was and what her journey in the film was going to be.”

In ”Till,” Chukwu skillfully paints the picture of Emmett’s life and death through Mamie’s eyes and what she experienced as a mother.

“The key is, and what excited me about telling this story, is focusing on their humanity,” Chukwu explained. “With Mamie — she’s so intentionally navigated the public vs. the private. As a writer, I get excited the most about unpacking the different layers of masks that we all wear. Who are we when we’re by ourselves, vs. when we’re just with our child, vs. when we’re with our man or partner, vs. our church home, vs. our family, vs. our sister-friends, vs. workspaces with all white people, vs. Mississippi and the courtroom and all eyes are on me, and I was really excited about exploring all that.” “As a director, I’m excited about exploring that in the most cinematic way possible,” Chukwu continued. “I am madly in love with the language of cinema and the tools at my disposal to really make audiences see and feel the humanity of this Black woman and center her visually, emotionally, and narratively. I was always keeping that in mind… the public, the private, and cinematic language all to get at the different layers of who Mamie Till was.”

Truly unpacking who Mamie was while embarking on a mission to share a historically accurate portrayal of Mamie and Emmett Till’s lives required extensive research.

“I really benefitted from decades of research that happened before I came on that was [conducted] by one of the producers, Keith Beauchamp,” Chukwu said. “He was a mentee of Mamie’s before she passed, had a friendship with Gene Mobley before he passed, and had friendships with various members of the Till family. That firsthand information, along with the decades he spent researching the story and reopening the case, including testimonies, interviews, court transcripts, and FBI files —  all of that was passed on to me. Then I did my own deep dive. I went to Mississippi and Chicago, met with members of the Till family, went to all of the real-life locations, and really emersed myself in it.”

“Till” is difficult to watch. As an audience member, you feel the tension and weight of what is to come. The heaviness that we regard as the audience was also felt on set. Chukwu took great care in assuring that her actors felt safe every step of the way.

“It was something that I took very seriously and with great responsibility, but I was also very intentional about care for my cast and crew especially,” she said. “We had a therapist on set every day. The parents of the children were on set with them. There was a time when we were shooting the scene where Emmett was abducted, and Jalyn, after a take or two, asked for a hug from his mom, and I just stopped everything we were doing, and he had a hug from his mom. I made sure he and the other cast and crew knew that you’re people first. Whatever you need in terms of your well-being… I’m going to listen to that.”

Chukwu was equally intentional about shielding the audience, deciding not to show the acts involved in Till’s lynching. Instead, she presents his story with a precision that highlights Mamie’s heartbreak while not shying away from America’s ugly truth and ever-present racism.

“Mamie in real life had a foreboding feeling that something bad was going to happen to Emmett, and she did collapse after he got on the train and couldn’t walk for, I believe, a week afterwards,” Chukwu said. “She just had a knowing. I really wanted to capture that directorially. Especially for audiences that know what is about to happen to Emmett also feel that foreboding.”

Ahead of the film’s release, Chukwu expressed her hopes for its audience.

“I hope audiences see and feel the humanities on screen of Mamie, Emmett, and all the people who were part of her story,” she said. “I hope audiences are activated to be really intentional about being change agents in the world, whatever that looks like for them. I hope that includes voting next month for those that have access. I hope we’re activated to think about how we can get outside of our own bubbles, because we’re all connected, and our oppressions and our ability to oppress are all connected. I hope people are activated to learn more about the story and the people, including Mamie.”

At the heart of “Till” is Mamie’s heartbreaking experience as a Black mother in America.

On March 29, 2022, The Emmett Till Antilynching Act was finally passed — 67 years after Emmett Till was brutally lynched. Till’s life mattered then, and it matters now. His legacy is not simply the painfully familiar Black and white picture of his mutilated body, and Mamie Till’s legacy is not just her grief, but the change that was birthed from her decision not to allow the theft of her son’s precious life to be buried along with him.  “Till” is currently in theaters nationwide… it is a must-see!