A novel about battle to prevent hell on Earth 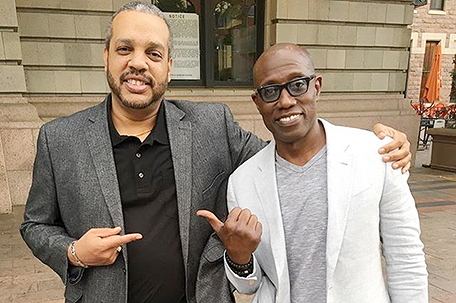 ABOVE PHOTO:  Wesley Snipes and Ray Norman publish an original work of fiction, ‘Talon of God’

NEW YORK  – Announcing the publication of a work of fiction — a supernatural thriller — by international film and television action star Wesley Snipes, along with co-author Ray Norman. Their novel, entitled “Talon of God,” is a non-stop contemporary fantasy adventure sure to please readers with its suspense and compelling drama.

The novel’s leading character, Lauryn Jefferson, is a beautiful young doctor dragged into an apocalyptic battle between Heaven and Hell – and at her right hand is Talon Hunter, a spirit warrior and legendary man of God.

On the publication of his first novel, Wesley remarked, “My creativity has largely played out in film and television – but I’ve always had a desire to write a book.  Collaborating, crafting, creating this novel, “Talon of God” was a new and exciting experience for me…and I can’t wait to see if this story finds life in other forms.” 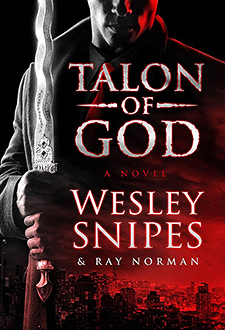 The author hopes that his audience will be equally enthusiastic.  Commenting on the reception he hopes the book will receive, Wesley stated, “I hope all the people who enjoyed my films will appreciate the story we are trying to tell in “Talon of God.” Ray Norman and I worked hard to write a book that would be compelling to the wide audience of people who love action and adventure.”

Ray Norman, also a first-time novelist, added, “It was a really great experience crafting a book that was full of excitement and drama, as well as one that would strike at the emotional core of the reader. A book not only for entertainment, but one that is uplifting as well.”

Harper Voyager executive editor David Pomerico — who acquired North American rights for “Talon of God” — couldn’t be more enthused. “It’s one thing to get a project in and be like ‘Do you mean the Wesley Snipes?’ and be told ‘Yes–he’s written a novel.’ But then to learn that the story he and Ray put together is just so much fun, well, there was no way I couldn’t do this project!” he said.

Earth to Forest! — The “Arrival” Interview