‘A Journal for Jordan’: A review 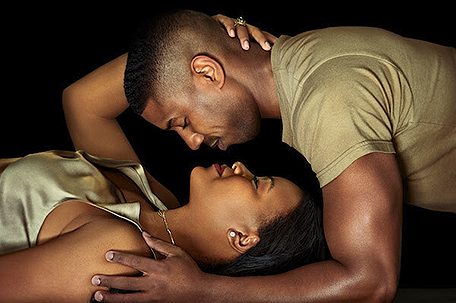 Honor and sacrifice are attributes most soldiers take pride in possessing. But the sacrifices they make to keep our country safe are often done at the expense of their personal freedoms and impact their ability to remain physically present for their families.

Charles and Dana initially meet when Charles is visiting Dana’s father (Robert Wisdom), a retired army sergeant. Their initial interaction is awkward but flirtatious. Charles, a talented painter, and artist in his spare time, appears guarded but optimistic about his immediate connection to Dana. When they meet, Charles is going through a divorce and shared custody of his daughter, and Dana is still healing from a recent breakup. The two decide to take baby steps towards fostering a friendship. It doesn’t take long for the polar opposites to fall into the “no you hang up” stage of falling for one another.

Like any good love story, no matter how great the passion or will to build a life together, inevitably there will be hiccups. The two maintain great communication despite being in a long-distance relationship but face their fair share of obstacles. Their relationship is tested when Charles puts the needs of his soldiers over Dana’s expectations of him as a partner. That struggle for balance amplifies when Charles is pulled back into active duty after 911. In the midst of that chaos, Charles proposes, and they decide to start a family.

In “A Journal for Jordan,” the story of Charles and Dana is told through a series of flashbacks. Those flashbacks highlight the beauty of a lifetime of inside jokes, and the joy that Charles and Dana experienced before their world fell apart and Charles was taken too soon. The journal that Dana gifted Jordan after finding out they were expecting, became the greatest gift of all for their son — now a preteen struggling to find out who he is. That journal became a tangible reminder of the love that Charles had for Dana and Jordan and offered the advice that only fathers can share with their sons about life, love and manhood. The journal also served as a path to healing for Dana who lost the love of her life.

Additionally, the chemistry between Jordan and Adams is easy to get lost in. Both offer incredible performances that showcase the vast scope of human emotions and highlight the fact that joy and pain are intertwined within the human experience. Washington’s approach to showcasing a love that feels immediate while also taking its time to grow is very enjoyable to witness. Fair warning — “A Journal for Jordan” is a tearjerker that will tug at your heartstrings from start to finish. Bring your tissues and take in the power of love.

“A Journal for Jordan” is a must see!  The film is  playing in theaters nationwide. Check your local listings for times and COVID-19 protocols.