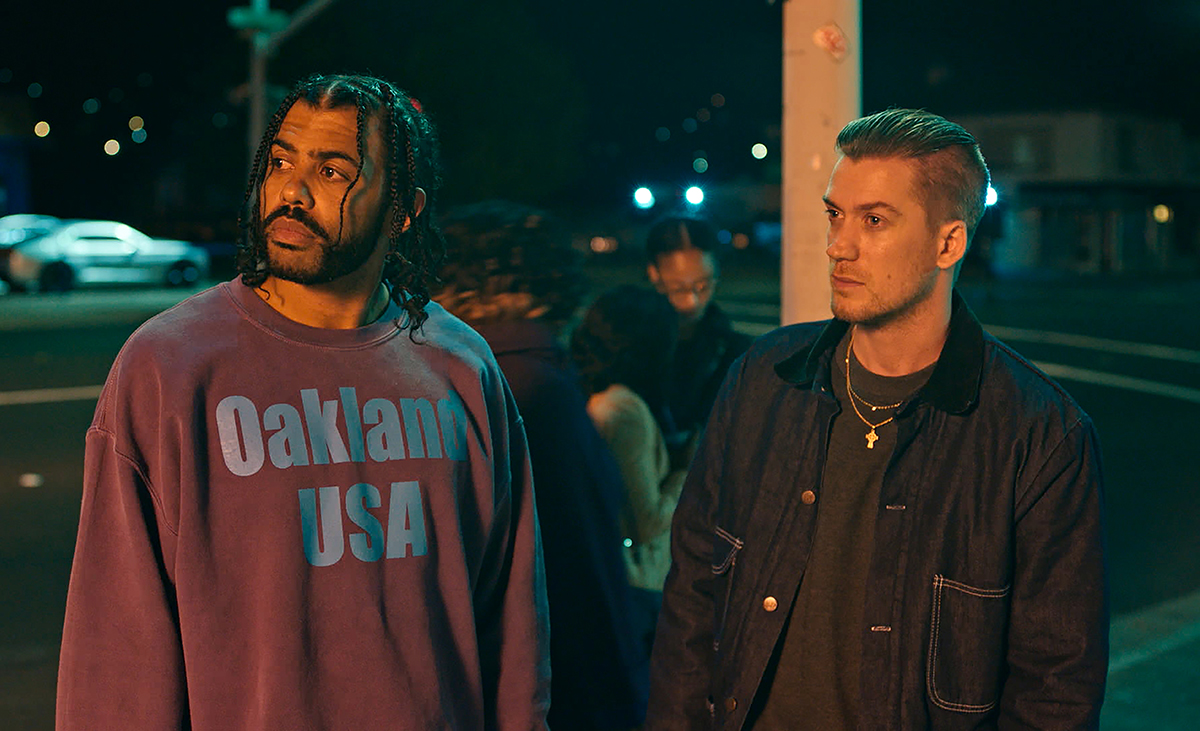 On any given day, turning on the news results in seeing images of Black and Brown people being killed on camera by police. More often than not, these officers are given the benefit of the doubt and there are no repercussions for those that choose to kill through the use of excessive force. Conversely, men and women who have made poor decisions that land them in prison are labeled as convicts or ex-cons, and have little to no room for redemption. These kinds of conversations are now occurring on much larger platforms. The extraordinarily talented actors, writers, spoken word artists and high school friends Daveed Diggs and Rafael Casal are aiding in shifting that conversation with their film “Blindspotting.”

The duo that co-wrote, co-produced and starred in the film were recently in Philadelphia for the film’s red carpet premiere at The Prince Theater. Diggs and Casal spoke with The SUN about the long journey to creating this film and why it was essential to tell this story.

In “Blindspotting”, the laid back Collin, played by Daveed Diggs, and his hot-headed best friend Miles, played by Rafael Casal, navigate the world of a gentrified Oakland. With only three days left of his probation, Collin attempts to stay on the straight and narrow path despite the numerous obstacles he faces. After witnessing a police officer kill a man in cold blood, Collin struggles to cope while trying to avoid any and every scenario that could land him back in jail. Almost immediately the audience understands that Collin’s mere existence as a Black man threatens his freedom daily, and feels the weight of that burden. Casal spoke about the significance of the film’s title in telling this story.

“There are a number of scenes in the film that explain the title,” he said. “It is essentially based on the psychology term Rubin‘s Vase, where there is a vase and the outline of the vase is two faces as well. You’ve seen it 1 million times, and based on your life experiences… when you first glance at it, you either immediately see the faces or you immediately see the vase. The reality is that it really doesn’t matter how much you try to see the other one first, every time you glance back you are going to have to see the first one and then tell yourself there’s something else there.”

“We sort of think that way in terms of how people view other people or circumstances,” Casal continued. “It doesn’t really matter how much you go, ‘I’m not biased against this person, or I don’t feel this way about society’.If you are pre-programmed, you’ll always see the main thing you want to see until proven otherwise. So I think the whole concept of the movie is to take a second look. [Is] your preconceived notions guiding what you’re seeing?”

Diggs and Casal, who both came up through “Youth Speaks”, use their poetry background and gift with words as a powerful tool throughout the film. In “Blindspotting”, Miles introduces the idea that if you make things sound pretty, they are easier to process. The film uses verse to transport audiences into a rhythmic masterpiece through the use of heightened language with a voice that is unique to the Bay Area. Diggs explained more about Oakland’s vernacular.

“If you’re from the Bay, you know that the way we use language is very important to us and it’s not just in the music,” he said. “The music is a popularized expression of the way that people speak all the time. There is constantly new language being introduced. There’s a certain bounce and a certain rhythm to the way that people talk, and we were trying to figure out a way to capture that in a way that felt natural. People are speaking in verse out there all the time, but it’s just the way that we talk. We’re both so fascinated by the regional differences of speech and sort of the beauty in which slang is introduced to the world. Miles and Collin are not aspiring rappers, they have no musical inclination at all. Poetry metaphor is how they deal with stuff. It’s how they make sense of big ideas, which is how most of us do, actually. When something takes too many words to explain directly, you come up with a metaphor for it… that’s what “Blindspotting” is.”

“Blindspotting” which took nine years to make, confronts the issue of perspective vs reality head on. Collin (Diggs) and Miles (Casal) who have been friends their entire lives, are forced to face the reality of how starkly different their experiences are as a Black man and a white man.

“Everyone in the film is dealing with a blindspot… struggling with both how they see and how they are seen. That’s kind of the problematic thing that raises its head in almost all of the relationships,” Diggs said.

“Miles and Collin’s relationship diverges because of how other people are seeing them. The outside world is telling them something different than they know to be true, and they’ve never really had to sit down and process that before and figure out where they stand and everyone else’s blindspots.”

Not only does “Blindspotting” address the complexities that race plays into each of the characters experiences, it also highlights male friendships through the use of humor.

“That’s the honesty of how we deal with things,” Diggs said. “Nobody is sad all the time. We live in a very heavy world right. If you’re paying attention, things suck in a lot of ways and humor is salvation. There’s also something important about the male friendship aspect of it that we were circling around. That’s what me and my guy friends do. Rafa (Rafael) says all the time, there are like two acceptable male emotions, which are anger and humor. That’s what we are allowed to present. So when you talk about two guys dealing with some pretty harsh things that’s what we do, that’s how we cope.”

“It must have been 10 to 15 people that were killed by gun violence in my circle by the time I was 23,” Casal said. “By the fifth one, you’ve got to come up with something. You get numb if you can’t joke, if you can’t talk, if you can’t have any exchange about it. So I think humor and sadness are forever paired. Humor is just sadness, plus tragedy, plus time. But the reality is, we don’t have the time to wait for it to be funny later… it needs to be funny now because that’s the medicine.”

Not only was it important for “Blindspotting” to represent Oakland in a way that was authentic, it was also key that the film gave the audience a peek into the perspective of people that are often silenced — people whose stories never get told.

“There is a counter narrative that doesn’t get told,” Casal said. “With gentrification, we don’t hear the story of the people who get pushed out. With police violence, the person who died doesn’t get to tell their side of it. I think we need 90 minutes of your time to counter wave the conversation. We talk a lot about urgency in our work; let’s take on the work that feels the most urgent. It’s sad, but this is more urgent this year than it was last year and it gets more urgent every day that goes by.”

“Blindspotting” is visceral experience. It’s engaging, hilarious, heartfelt, and heartbreaking and the style of it is something audiences have never seen. It’s a must see!