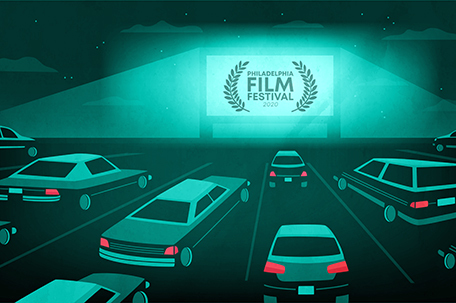 Similar to the 28 film festivals before it, The Philadelphia Film Festival offered a wide array of options in every genre for attendees.

The documentary “Coded Bias,” a Sundance Institute selection, was written, directed and produced by Shalini Kantayya. It detailed the many ways that biases are engrained in various aspects of technology. Joy Buolamwini, Ph.D candidate of MIT’s Media Lab, discovered some of those biases when the ‘aspire mirror’ she created as part of a project, only recognized her brown skin when it was covered with a white mask.

Upon realizing that biases can creep into various aspects of technology and that even computers are programmed with whiteness at the center, Buolamwini set out to discover what other ways biases in technology and facial recognition impact people’s lives.

For example, the majority of people working in A.I. are white men and less than 14% of A.I. researchers are women. So essentially, many machines are only being taught to recognize white men and lighter skin.

The documentary revealed that what many people view as normal, is actually people embedding their own biases into technology. This isn’t just frivolous — facial recognition algorithms are now being used for police data bases in attempt to solve crimes. The problem is biometric photos are being used sometimes in place of other forms of investigation to identify people for crimes and they are doing so incorrectly.

Additionally, people’s rights in places like the UK and China are being stripped away and people are being punished for not wanting images of their faces to be captured without their consent. After viewing “Coded Bias,” it is painfully clear that we need to make facial recognition and other algorithms more inclusive and there needs to be regulations for how that information is used. As Buolamwini stated, “Data is destiny.”

The HBO documentary, “40 Years A Prisoner,” directed by Tommy Oliver, chronicles the impact that the 1978 police raid in Philadelphia had on various members of the MOVE organization who once lived in Powelton Village. The documentary does so through the lens of various members of the Africa family and specifically highlights the journey Mike Africa Jr. has gone through fighting for the freedom of his parents, Mike Africa Sr., and Debbie Africa.

Africa Jr., who was born in his mother’s prison cell, has lived his entire life with his parents incarcerated for 40 years respectively. They were imprisoned for the death of police officer James Ramp during the raid. The controversary surrounding the allegations are still unsettling.

The documentary details the horror members of the MOVE group endured at the hands of police for their desire to follow the teachings of John Africa. Some of those teachings included a vegetarian diet, recycling, living off the land, advocating for animal and prisoner’s rights, curating community gardens and housing, home schooling their children and wearing dreadlocks. Many of these principles MOVE practiced are now regarded as beneficial to the environment.

“40 Years a Prisoner: does not shy away from the gory details of the MOVE members encounters with the police. One incident resulted in the brutal death of Janine Africa’s 7-month-old baby, whose skull was crushed by police while still in her mother’s arms. The City of Philadelphia denied the baby’s existence. The anguish and angst felt while viewing footage and interviews of the people that experienced this trauma first-hand, gives way to a silver lining when Mike Africa Jr., is finally reunited with both his parents for the first time in his life.

“Sound of Metal,” directed by Darius Marder, tells the heartbreaking story of Ruben Stone (Riz Ahmed), a heavy metal drummer who suddenly loses his hearing.  The aftermath of the shocking news sends Ruben and his girlfriend Lou (Olivia Cooke) into a spiral of emotions and unbelievably difficult life decisions as Ruben refuses to except now that he is deaf.

Ruben struggles to find his footing as he fights to maintain his sobriety and sanity in a world where nothing is as it once was. This heartbreaking story of obstacles, adapting and betrayal is something completely original. Ahmed brilliantly captures viewers with a seamlessly raw and endearing performance.

“Sylvie’s Love,” written, directed and produced by Eugene Ashe, was released on January 27, 2020 with a world premiere at the Sundance Film Festival. The film is a period piece set during a summer in New York in the 1950’s. It tells the story of Sylvie (Tessa Thompson), a young engaged woman who works in her father’s record store and the handsome, talented saxophonist Robert (Nnamdi Asomugha) who unexpectedly sweeps her off of her feet. Sylvie throws caution and propriety to the wind, as she follows her heart, instead of what the world and her mother dictate she should do.

Although distance, time and space all serve as hurdles, “Sylvie’s Love” serves as an ode to true love conquering all. Painted with incredible cinematography, gorgeous wardrobes, a delightful soundtrack and palpable on-screen chemistry between Thompson and Asomugha.

“Sylvie’s Love” is sure to make hopeless romantics swoon.

“Hudson Geese,” a powerful animated short written and directed by Bernado Britto, takes an unorthodox approach to discussing the casual and arrogant disregard many humans have for living things that are often overlooked — in this case, geese.

The “Miracle on The Hudson” is used as a focal point to show that humans don’t value the lives of anything that is a minor inconvenience. Homes of geese are turned into country clubs, while the geese themselves become target practice or exotic game meat. This story,however, is told from the prospective of geese that have lives, land and loved ones — reminding us that all life on this planet is sacred. This begs the question, can we do more to protect the wildlife that we share the planet with?

Britto ends by vividly drawing a parallel between the lives of the geese in this story and the indigenous people whose land and lives were also stolen away from them, stating, “Before Chesley, before airplanes, before the apartment in which this short was conceived, New York City was the home of the Lenape, Canarsie, and Wappinger people.”

The selections of the 29th Annual Philadelphia Film Festival were incredibly diverse and offered filmmakers and audiences from around the world access to some truly beautiful films. To find out more and to support the Philadelphia Film Society, visit: www.filmadelphia.org.