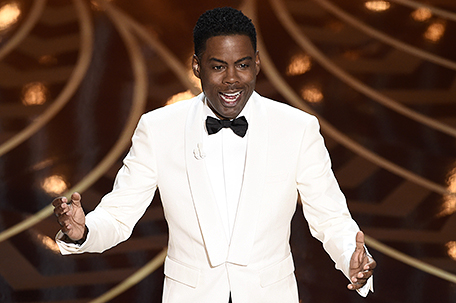 ABOVE PHOTO:  Host Chris Rock, speaks at the Oscars on Sunday, Feb. 28, 2016, at the Dolby Theatre in Los Angeles.  (Photo by Chris Pizzello/Invision/AP)

‘Spotlight’ upsets ‘The Revenant’ for Best Picture, Chris Rock pokes fun at both the boycott and the Academy

On a night when the Academy Awards were overshadowed by the absence of black nominees, Spotlight upset The Revenant for the big prize, Best Picture, although Mad Max netted the most trophies (6) overall. But from his opening monologue clear through his the close of the evening’s festivities, master of ceremonies Chris Rock kept the pedal to the metal, reminding viewers at every opportunity of the conspicuous absence of African Americans honorees.

He began by welcoming the audience to the “White People’s Choice Awards” before launching into a 10-minute stand-up routine in which he was careful to level barbs at both sides of the controversy. For example, he chided the members of the Academy for being racists, suggesting, “ If they nominated hosts, I wouldn’t even get this job.”

On the other hand, he was just as tough on the supporters of the protest, insinuating that they ought to lighten up since things were far worse back in the Fifties and Sixties when their grandmothers might have been lynched. Rock reserved his most caustic comments for Jada Pinkett Smith, saying “Jada boycotting the Oscars is like me boycotting Rihanna’s panties,” the crude implication being that Jada is untalented and about as likely to be nominated as he is to have sex with the attractive pop diva.

Next, he took a swipe at Jada’s husband, Will Smith, prefacing his remarks by announcing, “I’m not hating.” After conceding that Will had been snubbed for Concussion, Rock pointed out that it was equally unfair that he’d been paid $20 million for his poor performance in Wild Wild West.

The profusion of race-based humor had its share of awkward moments, like when Chris announced that the “In Memoriam” package would be devoted to “black people shot by cops on their way to the movies.” Just as awkward was when he introduced actress-turned-black conservative Stacey Dash, as the Director of the Academy’s newly-created Minority Outreach Program. Stacey came on stage to say she couldn’t wait to help her people out, before wishing everybody “Happy Black History Month!” The joke fell flat and was met with total silence.

Another headscratcher involved Chris’ introducing the Oscars’ African-American orchestra conductor “just so he can get laid at the Governor’s Ball.” As the curtain came down on the festivities, Rock finally seemed to take sides by defiantly bidding farewell with “Black lives matter!” to the tune of Public Enemy’s anti-establishment anthem “Fight the Power” which played for the duration of the closing credits. 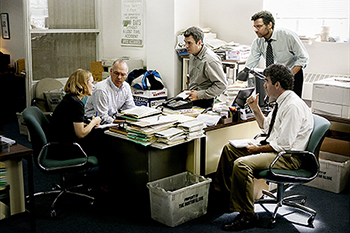 Animated Feature Film: Inside Out 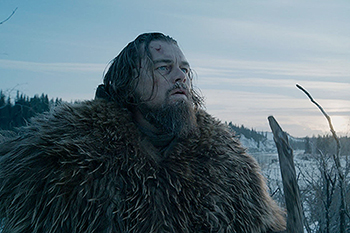 Leonardo DeCaprio in “The Revenant”

Documentary Short Film: A Girl in the River: The Price of Forgiveness